Announcement of the President of FC Sevastopol

Alexandr Krasilnikov, the President of FC Sevastopol, commented on his latest HR decisions and the mass media information on the club’s possible exemption from the Championship of Ukraine:

‘I would like to put an end to all the speculations instigated by certain mass media as regards the club’s alleged financial troubles and possible exemption of FC Sevastopol from the Championship of Ukraine. Our club has set the most ambitious goals and I am positive that the team will prove its worth and defend its claim to leadership during the spring part of the tournament.

All the issues concerning the club’s financial obligations under its contracts with particular players are purely technical. These obligations will have been fulfilled by the end of 2013. As for the next year, we have budgeted sufficient funds both for the team and for the club’s infrastructural and social projects.

Still, I would like to point out that if the football clubs’ standings had been defined by their budgets, FC Sevastopol would have ranked much higher. The financial aspect is supposed to support the players’ motivation, their drive to win, their commitment to results and their loyalty to their club in any situations, which, unfortunately, was not always the case in our previous games.

Our team needs a complete reload and a change in its approach to the team building and development of the team spirit. You have already seen some of our recent HR decisions in the club’s official announcements. We are playing in the Premier League, and our smallest mistakes or lack of morale will not be easily forgotten by our adversaries.

We will continue to strengthen our team and reduce the number of loaned players; we will also present a new head coach shortly.

We are looking forward to our important game with Dynamo in our home arena. The preparation runs smoothly as scheduled. We are going to provide the most comfortable conditions for the players’ training sessions so that they could put in their 100% effort to please our Sevastopol fans.’
to news list Sports Share on Facebook Print NEXT PREV 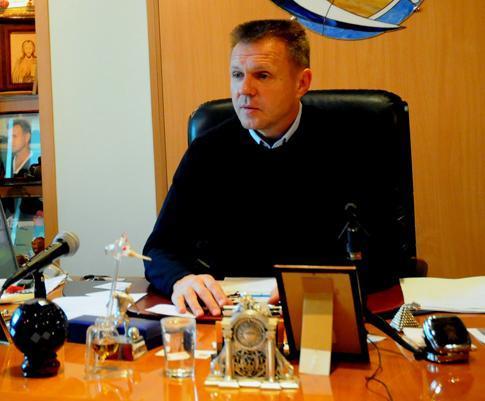