Yuriy Ryzhenkov was appointed CEO of Metinvest Group. He was previously the Chief Operating Officer at DTEK.

Yuriy Ryzhenkov had been COO at DTEK since 2010. He joined DTEK in CFO in 2007. Before DTEK, he worked as the Chief Financial Officer of International Steel and Tube Industries Limited (ISTIL, Donetsk-London), in the finance business units of CJSC Mini Steel Mill ISTIL (Ukraine) and at Donetsk Iron and Steel Works.

Ryzhenkov has two degrees from higher education institutions – in Economics from the Donetsk State Technical University and in Business Management from King’s College (UK). In 2006, he received an MBA degree from the London Business School.

“I am happy to apply my experience and knowledge from years of my career in a very familiar industry,” said Ryzhenkov. “In my new position, I was set ambitious objectives – sustain leadership position in the Ukrainian metals & mining sector and to conquer new markets, thus growing what has already been achieved by the Company. We will be implementing a large scale investment program adopted by Metinvest’s Supervisory Board in December. I am sure that jointly with Metinvest’s professional team we will achieve success.”

Igor Syry, who was previously Metinvest Group’s CEO, was transferred to the position of Chief Operating Officer of SCM Group. In his new capacity, he will be responsible for finding and realizing internal synergies among different businesses of the Group. Syry will also become a member of Metinvest’s Supervisory Board.

"I am grateful to Metinvest's shareholders for the opportunity to be at the founding of Metinvest, which has evolved into a leading player in the European and global steel industry over its 7.5 years in business,” said Syry. “During this period, we succeeded in building both a strong business and one of the best teams in the market. I will remain near Metinvest in my capacity as SCM’s Chief Operating Officer and a member of Metinvest’s Supervisory Board.”
to news list Metals and mining Share on Facebook Print NEXT PREV 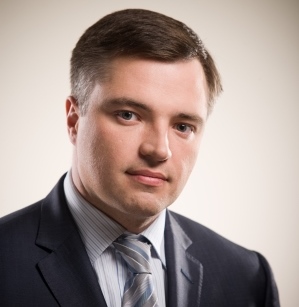