Trading Update for the Nine Months of 2014

1 December 2014 – Metinvest B.V., the parent company of a vertically integrated group of steel and mining companies (jointly referred to as “Metinvest” or “the Group”), today published a trading update for the nine months ended 30 September 2014.

The information in this press release has been prepared based on preliminary financial results. Intragroup transactions have been eliminated in consolidation. This announcement does not contain sufficient information to constitute a full set of financial statements. The following preliminary results may differ from financial statements prepared in accordance with International Financial Reporting Standards (IFRS). The numbers in this press release have not been audited or reviewed.

Metinvest B.V. publishes consolidated financial statements prepared in accordance with IFRS for the six months ending 30 June and for the year ending 31 December.

The decrease in consolidated revenues was largely due to a decline in sales volumes (7% y-o-y for the Metallurgical division and 11% y-o-y for the Mining division). A key driver of the drop in the Metallurgical division’s sales volumes was a 15% y-o-y fall in production volumes of metal products. This was due to a substantial quarter-on-quarter (q-o-q) decrease in the output of metal products in 3Q 2014, by as much as 40%. The drop in output in 3Q 2014, in particular since the end of July, were due to raw material supply constraints at Azovstal and Ilyich Steel, caused by damage to railway infrastructure during the conflict in eastern Ukraine and the shutdown of production at Yenakiieve Steel as of 13 August 2014.

Revenues in Ukraine totalled US$2,044 million in 9M 2014, down 27% y-o-y. This was mainly driven by a decline in sales volumes of steel and iron ore products amid lower demand in the major steel consuming sectors (construction, machine-building and pipeline infrastructure) as a result of the overall economic slowdown.

The share of international sales increased to 76% in 9M 2014, up 5 percentage points (pp) y-o-y. The share of sales to Europe rose by 4 pp y-o-y to 28% of total sales, driven by increased volumes of long products and pig iron. The proportion of sales to the Middle East and North Africa (MENA) rose by 3 pp y-o-y to 19%, mainly due to greater volumes of semi-finished products. The share of sales to the Commonwealth of Independent States (CIS, excluding Ukraine) dropped by 2 pp to 10% amid a decrease in volumes of finished steel products, mainly to Russia. The proportion of sales to Southeast Asia declined by 1 pp to 15% due to lower volumes of iron ore concentrate and semi-finished products, partly compensated by greater sales of pellets and flat steel products.


[1] Adjusted EBITDA is calculated as earnings before income tax, financial income and costs, depreciation and amortisation, impairment and devaluation of property, plant and equipment, sponsorship and other charity payments, share of results of associates and other non-core expenses. We will refer to adjusted EBITDA as EBITDA throughout this release. 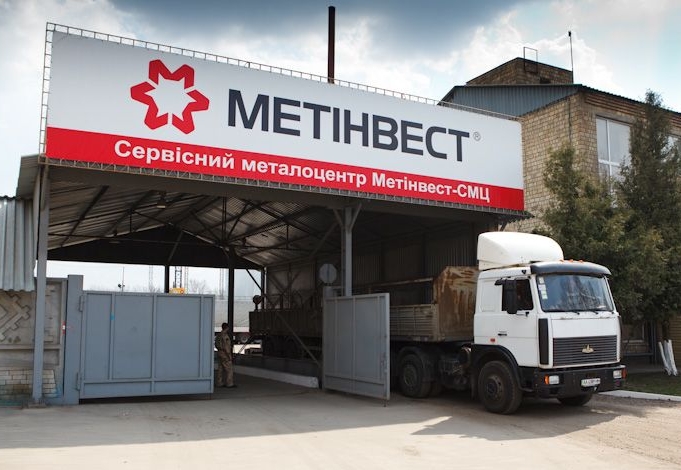