Metinvest B.V., the parent company of a vertically integrated group of steel and mining companies (jointly referred to as “Metinvest” or “the Group”), today announced its auditedIFRS consolidated financial statements for the 12 months ended 31 December 2014.

Notes:
1) Adjusted EBITDA is calculated as profit before income tax before finance income and costs, depreciation and amortisation, impairment and devaluation of property, plant and equipment, sponsorship and other charity payments, share of results of associates and other expenses that the management considers non-core plus share in EBITDA of joint ventures. Adjusted EBITDA will be referred to as EBITDA throughout this release.
2) Net debt is calculated as the sum of long-term and short-term loans and borrowings and seller notes less cash and cash equivalents.
3) Due to rounding, numbers presented throughout this release may not add up precisely to the totals provided and percentages may not precisely reflect absolute figures.

On 28 November, the Group completed a debt exchange offer for outstanding 2015 guaranteed notes. The issuer accepted in full all existing notes offered in valid form pursuant to the exchange offer, amounting to a nominal value of US$386,349,000. Following the settlement date, existing notes with a total nominal value of US$113,651,000 remained outstanding.

EVENTS AFTER THE REPORTING PERIOD

Yuriy Ryzhenkov, Chief Executive Officer of Metinvest, commenting on the results, said: “In 2014, our business continued to face major challenges due to the political and economic situation in Ukraine – particularly in the eastern regions, where some of our assets are located – and to global price pressure for our products.

The domestic political and economic situation, which began to deteriorate in late 2013, worsened significantly throughout 2014. Ukraine is experiencing substantial ongoing turbulence, while the national currency is declining sharply against major foreign currencies and international rating agencies have downgraded the sovereign debt, also changing their outlooks to negative.

Against this backdrop, the conflict in the eastern regions has led to severe disruption at some of our metallurgical and mining facilities. Over the first half of 2014, the situation was largely stable; over the second half, however, the situation deteriorated markedly. Our operational results reflected this, with crude steel production in the second half of 2014 dropping almost by 40% compared with the first half, for example.

Various facilities experienced operational disruptions in the second half of 2014. In July, Avdiivka Coke was directly affected by damage to property and its electricity supply. After we restored sufficient power, the plant suffered severe disruption again after damage to its power supply in November, and operations were fully halted after a connecting railway line was damaged in December. Operations were restored after the New Year.

In mid-August, Yenakiieve Steel temporarily halted its main operations due to damage. This was restored in October, but production was interrupted again in December. Renewed disruptions to raw materials and electricity supplies forced us to shut down the plant again in mid-February 2015, after the reporting period. Raw material and power constraints also led us to temporarily halt operations at Makiivka Steel in February 2015.

Following damage to railway infrastructure, operations at Khartsyzk Pipe were also temporarily halted and production at Krasnodon Coal’s mine was scaled back in the second half of 2014.

The Group’s steel assets in Mariupol, Azovstal and Ilyich Steel, have experienced repeated disruptions to production due to damaged infrastructure. In December, work at the plants was disrupted after a railway bridge offering access to the city’s commercial port suffered heavy damage. The Group has provided funds and experts to repair the bridge, which have been recently completed.

Regarding the global markets for our products, prices of steel products remained under pressure throughout 2014, as did those of coal and iron ore.

While our revenues dropped by 18% to US$10,565 million, we improved our EBITDA and EBITDA margin, which rose by 14% and 8 percentage points to US$2,702 million and 26%, respectively, year-on-year. Net profit was down 59% due to higher financial costs.

Despite operational challenges, we were able to continue with the capital expenditure plans under our Technological Strategy, investing US$613 million in 2014. While some projects have been delayed, slowed or frozen, we made progress on most of our key endeavours during the year.

Major CAPEX projects in the Metallurgical division included our ongoing work to build the infrastructure for a new air separation unit at Yenakiieve Steel, as part of a joint venture with France’s Air Liquide, and major overhaul of basic oxygen furnace no. 1 including shell and off-gas ducts replacement, which we finished in July 2014. We also completed a standby turbine air blower for the plant’s blast furnaces in August 2014. At Azovstal, we are continuing a major overhaul of blast furnace no. 4, expected to be ready in the second quarter of 2015.

We halted some projects in the second half of the year, including construction of the PCI facilities at Yenakiieve Steel and Azovstal. The work at Yenakiieve Steel was more than 50% complete at the end of 2014, while the work at Azovstal was halted in January 2015, after the reporting period, in its preliminary stages. In the same month, we also froze a project to rebuild a replacement turbine air blower at Azovstal.

In the Mining division, we made continued progress on installing a crusher and conveyor system at Northern GOK and Ingulets GOK, as well as on rebuilding the pelletising machines at Northern GOK.

Continued implementation of our Technological Strategy is part of our ongoing commitment to our long-term strategy. This reflects our firm belief in the long-term future of the Group and its plants.

In July 2014, our two major shareholders, SCM and Smart Holding, completed the merger of their metallurgical and mining assets into Metinvest B.V., which is jointly managed. Smart Holding obtained three of the 10 seats on our Supervisory Board, streamlining our corporate governance structure.

The Group represents an important part of our country’s future economic recovery. We firmly believe that last year’s performance reflects the resilience and bravery of all of our employees. Their efforts helped us to minimise declines in production under extraordinary circumstances. The turbulence in Ukraine has continued in 2015, so we expect the year to be another challenging one for the Group. We remain committed to keeping our stakeholders informed of developments.”

Commenting on the results, Aleksey Kutepov, Chief Financial Officer of Metinvest, said: “The Group’s financial performance in 2014 is a story of two very different half-years. In the first six months, we delivered a solid set of results. In the second, we faced profound challenges caused by the economic and political situation in Ukraine, as well as pressure on global prices for our products, with the fourth quarter proving particularly difficult.

Our ability to increase underlying profitability over the full year reflects the soundness of our long-term commitment to conservative financial management.

Amid profound challenges to the business in 2014, Metinvest was able to contain a fall in revenues to 18%. Foreign-exchange effects played a key role in the 14% increase in EBITDA. However, strong underlying growth in the first half of the year was undermined by deterioration in the operating environment in the second. Profitability collapsed in the third and fourth quarter.

The Metallurgical division’s EBITDA increased almost three times year-on-year, while the Mining division’s fell, although the figure remained decent. In terms of geography of sales, we managed to redirect shipments of iron ore products from our domestic market to China in both percentage and volume terms, while sales of steel products were lower in all regions due to a 26% decline in crude steel production in 2014. We continue to see our global sales network as a vital tool for supporting sales when our domestic economy is in crisis and CIS markets (ex-Ukraine) have seen a series of devaluations.

Owing to market turbulence and the worsening environment for Ukrainian borrowers, Metinvest’s liquidity situation has become tight, especially taking into account the risk of total or partial loss of our outstanding US$350 million trade finance facilities.

Although Metinvest fulfilled its debt obligations, the Group has been unable, like other Ukrainian entities, to obtain funding from the domestic and international capital and loan markets. In this context, we started discussions with our PXF lenders about a standstill and waiver agreement and launched this morning three consent solicitations towards our 2015, 2017 and 2018 bondholders. The purpose of these consent solicitations and discussions with PXF lenders is to request a deferral of a 2015 bond principal repayment due in May and waive certain events of defaults until 31 January 2016, thereby leaving us sufficient time to negotiate, with the help of our financial and legal advisers, a transparent and fair rescheduling of our debt.” 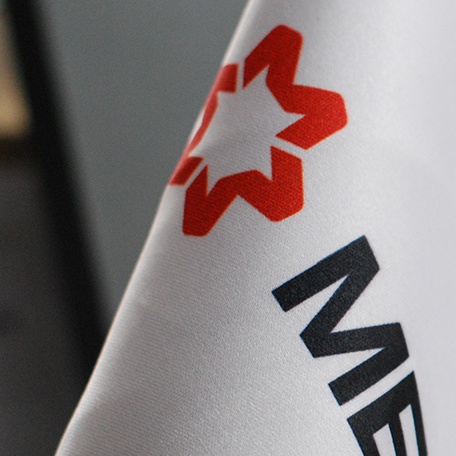