The respective contract to UAH 3.5 million was signed in April 2015.

The work will include replacement of the exterior and interior hull plating of the ship. This will require about 65 tonnes of metal. In addition, the scope of the vessel’s repair will include fitting-out part (hand ropes, staircases, bollards, hatchway covers) and mechanical assembly.

Despite the unfavourable economic situation in the country, CShY has managed to attract some valuable contracts that allow for stable loading of the enterprise’s facilities and timely payment of salaries.

This year the company is expected to increase its production almost twofold in comparison with the previous year, to UAH 87.2 million.

Every year about 60 vessels of various types and purposes are repaired on the stocks of SMART-MARITIME GROUP’s shipyards. 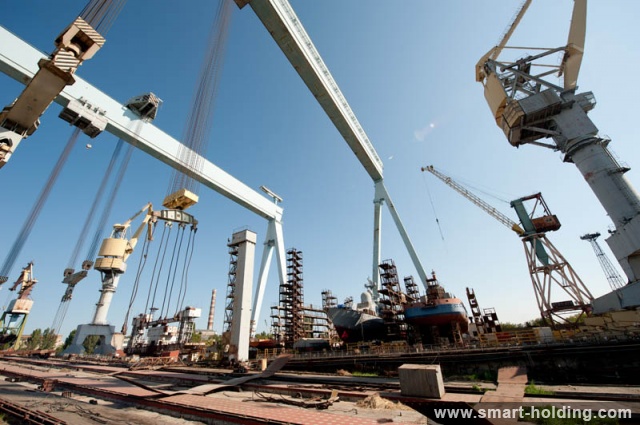