Smart Maritime Group shipbuilding holding company (SMG, Kherson), which operates Chernomorsky Shipbuilding Yard and Kherson Shipyard, signed a contract for the construction of an oil garbage carrier commissioned by the Yuzhnenskiy Branch of the Administration of Sea Ports of Ukraine state-owned enterprise (Administration of Yuzhnyi Sea Port), (the city of Yuzhnyi, Odessa region).

Vasiliy Fedin, the General Director of Smart Maritime Group, and Maksim Shirokov, the Manager of the ASPU Yuzhnenskiy Branch, signed the contract today at the port administration premises.

SMG was previously announced as the winner of the boat construction tender held by the ASPU Yuzhnenskiy Branch. The company's bid was selected as the best one both in terms of price and completion time.

According to the contract terms, SMG undertakes to construct a clean-up boat designed to collect oil garbage, bilge and feces water discharged by vessels from the water surface, with their further disposal. The boat will be fitted out with a unique device to remove spills from the water surface, along with a ladle, a garbage container and a hydraulic crane. The oil garbage collector will also be designed to function as a dock tug and to participate in fire containment efforts on vessels and at port facilities. Ice 2 class will also enable the boat to operate in winter.

The new oil garbage collector is expected to be handed over to the customer before the end of 2016. The boat shall be built at the facilities of Kherson Shipyard.

The contract amount shall be UAH 99.55 million.

'We believe this contract is yet another opportunity to demonstrate the highest qualification level of our shipbuilding staff. Our partners, the Yuzhnenskiy Branch of ASPU, decided to award the contract to a domestic enterprise with unique technical capabilities and resources for its implementation. I feel positive that we shall not let them down,' said Vasiliy Fedin after signing the document.

Kherson Shipyard (KhSY) was founded in 1951. Over the last 10 years, the company has constructed and turned out to customers more than 40 vessels, including 10 offshore vessels for KLEVEN (Norway), 11 river tankers for Dutch commissioners, 11 CHELSEA design bulk carriers, 3 RST27 tankers, SMART and FERUZ railway ferries, and other projects.

The SVL LIBERTY tanker build by Kherson Shipyard ranked among TOP 50 of 2013 major boats, according to the Royal Institute of Naval Architecture (RINA)

SMG is currently constructing two tugboats for KIRGAN HOLDING and repairing 17 vessels at its dockyards.

The average employee's salary is UAH 4,809. The average salary of main production staff is UAH 7,593. 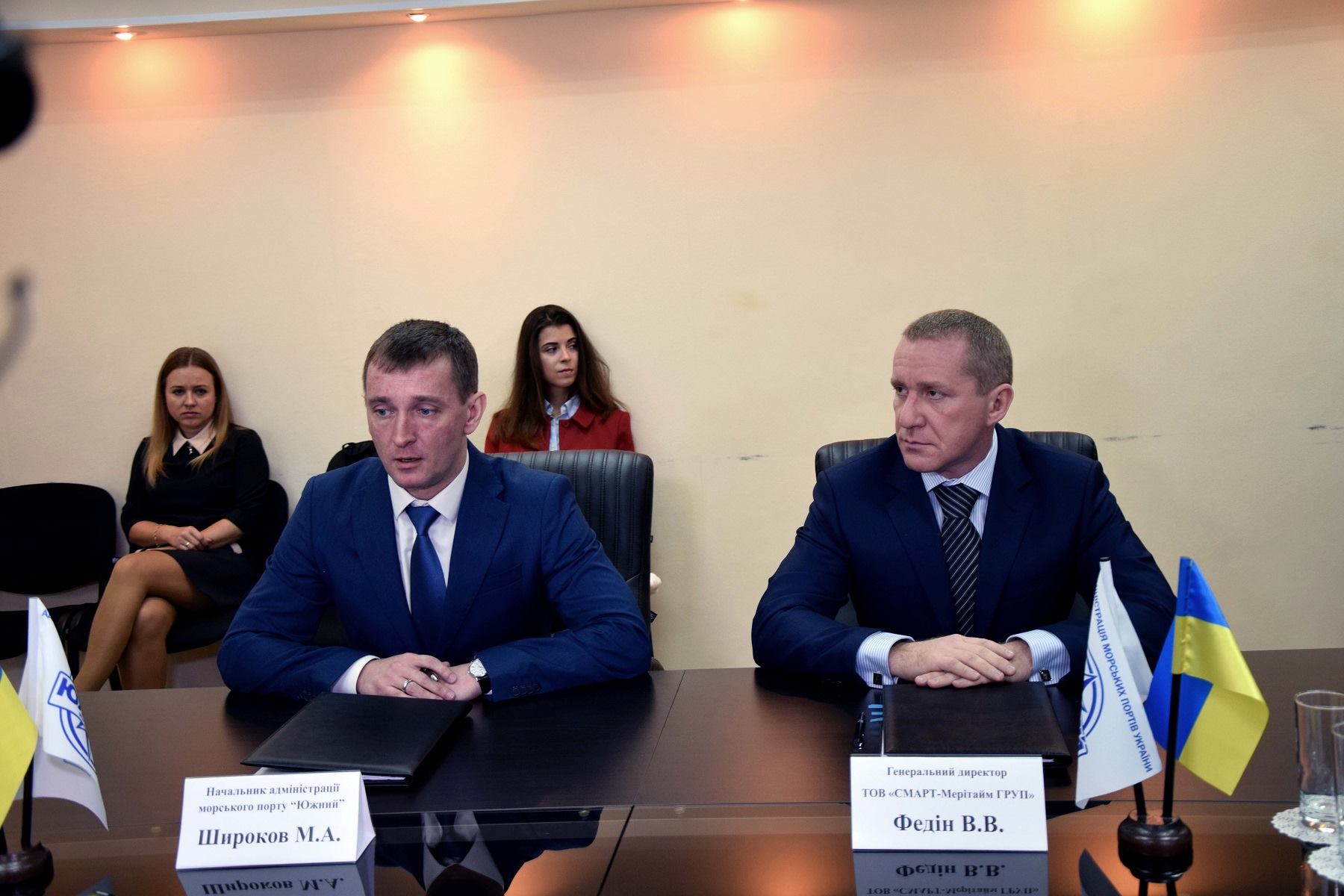