Shareholders of Kherson Shipyard made changes to the membership of the company's supervisory board.

The respective decision was made at the regular shareholders' meeting on Friday, April 22. The shareholders owning 89.86% of the company's shares in total were present at the meeting.

According to the general meeting's resolution, the following supervisory board members were removed: Mokrad Trading Ltd., Chamen Commercial Ltd. and Denaxiol Trading Ltd. Instead, the shareholders introduced Vladislav Chenin, Viktor Batyuk and Viktor Oligorskiy to the supervisory board.

At the meeting, the shareholders also approved the directors' and supervisory board's report on the company's financial performance in 2015, determined the loss cover procedure and made amendments to the company's articles of association.

Kherson Shipyard (KhSY) was founded in 1951. Over the last 10 years, the company has constructed and turned out to customers more than 40 vessels, including 10 offshore vessels for KLEVEN (Norway), 11 river tankers for Dutch commissioners, 11 CHELSEA design bulk carriers, 3 RST27 tankers, SMART and FERUZ railway ferries, and other projects.

Last year, KhSY paid UAH 4.2 million to the budgets of all levels. As at year-end 2015 and as of April 1, 2016, the company had no outstanding debt in tax payments and wages. The average salary at the company amounts to UAH 4,982.
to news list Shipbuilding Share on Facebook Print NEXT PREV 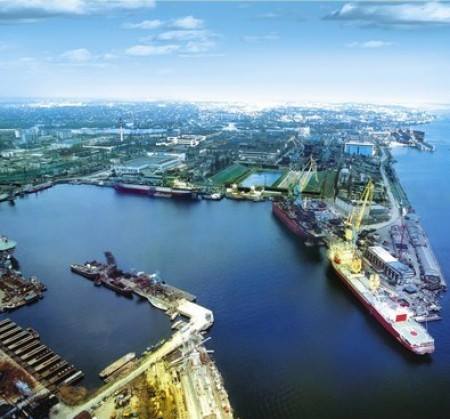