During the opening ceremony of the International Orthodox Film Festival Pokrov (Russian for Intercession [of the Holy Virgin]), representative of Smart-Holding Yevgeniy Zagorulko granted a certificate for 20,000 US dollars to one of the most talented cardiac surgeons, director of the Ukrainian Heart Center, Boris Todurov as the winner of Miloserdiye (Mercy) Awards established by the organizers of the Festival.

Boris Todurov is currently one of the co-organizers of charitable fund-raising for a woman with a severe heart disease who is in urgent need for a costly operation. He thanked everyone who contributed to helping the patient and reported that sufficient amount of money had been collected and that the mechanical heart transplantation would be made in a week. Yevgeniy Zagorulko pointed out: 'Smart-Holding and the charitable foundation established by Vadym Novynskyi, the International Charitable Foundation in Honour of Intercession of the Most Holy Mother of God, are long-term partners of the Orthodox Film Festival. We are pleased that this project is continuously developing and over time has grown into something bigger than just a tool to support and promote masterpieces of cinematography. It has evolved into a sheer social phenomenon for Ukraine that serves as the framework for really good deeds without which 'faith would be dead' as was stressed by His Beatitude Onufriy, Primate of the Orthodox Church of Ukraine. This corresponds to the true essence of orthodoxy based on love and compassion.'
to news list Social projects Share on Facebook Print NEXT PREV 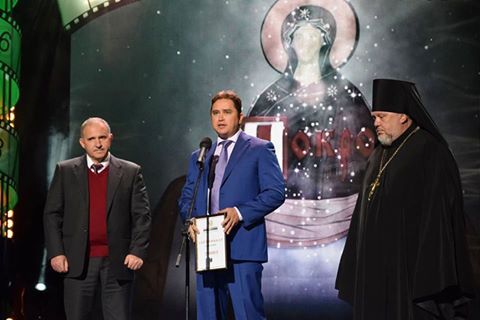