The contract for the construction of the vessel amounting to UAH 99.55 million was signed in November 2015 following the results of the respective tender. SMG's proposal was recognized as the best one both in terms of its value and the proposed implementation timeline. The ceremonial launching of the ship was attended by representatives of the customer, local authorities, people's deputies of Ukraine, specialists of the company, as well as the residents of the town. ‘Specialists of Kherson Shipyard have built a unique multi-purpose vessel that will be able to fully replace the two existing ships that deliver the sanitary cleaning services in the waters of Yuzhny Port. The vessel has an ice class and a tug class that will enable us not only to ensure uninterrupted delivery of services to our customers at any time of the year, but also to perform intra-port operations for the needs of the water area and third-party contractors,’ said the Head of the Administration of Yuzhny Sea Port, Maksim Shyrokov during the ceremonial meeting. In his turn, General Director of SMG Vasiliy Fedin thanked the company's team for the good performance, and expressed hope that the government would create conditions for the development of the domestic industry. It is expected that after completion of the vessel's outfitting, going through the mooring trials and sea trials, the vessel will be delivered to the customer on the 25th of December. HM 440 oil garbage disposal vessel is designed for collection of oil products, ships' bilge and sewage water, litter from the water surface and their subsequent disposal. It will be equipped with a unique device for elimination of spills from the water surface, as well as with a bucket and container for collection of waste and a hydraulic crane. In addition, the oil garbage collector will be able to function as a tugboat and to take part in extinguishing of fires on the sea and at port facilities. The second ice class will enable the vessel to operate in winter conditions. The ship has the following specifications: length – 22 meters, width – 8.6 meters, water displacement – 265 tonnes, hull height – 2.7 meters, speed – 4 knots, tow force – 8 tonnes. The ship is the one-and-only model among the vessels of this type operating in the marine ports of Ukraine. REFERENCE: Smart Maritime Group (SMG) is Ukraine's largest shipbuilding group incorporating two shipbuilding companies: Chernomorsky Shipbuilding Yard and Kherson Shipyard. The average wage in the company in September amounted to UAH 6,224, including UAH 7,933 pay for electric welders. The average wage of the key production personnel is UAH 6,436. Yuzhny Sea Port is a universal port specializing in the transhipment of chemical goods and fertilizers, bulk, liquid bulk and general/mixed cargos. The port is located on the banks of the Adzhalykskiy firth, the north-western coast of the Black Sea. The depth of the approach channel and the depth near the port berths make it possible to receive fully loaded heavy-tonnage ships with capacity up to 200,000 tonnes.
to news list Shipbuilding Share on Facebook Print NEXT PREV 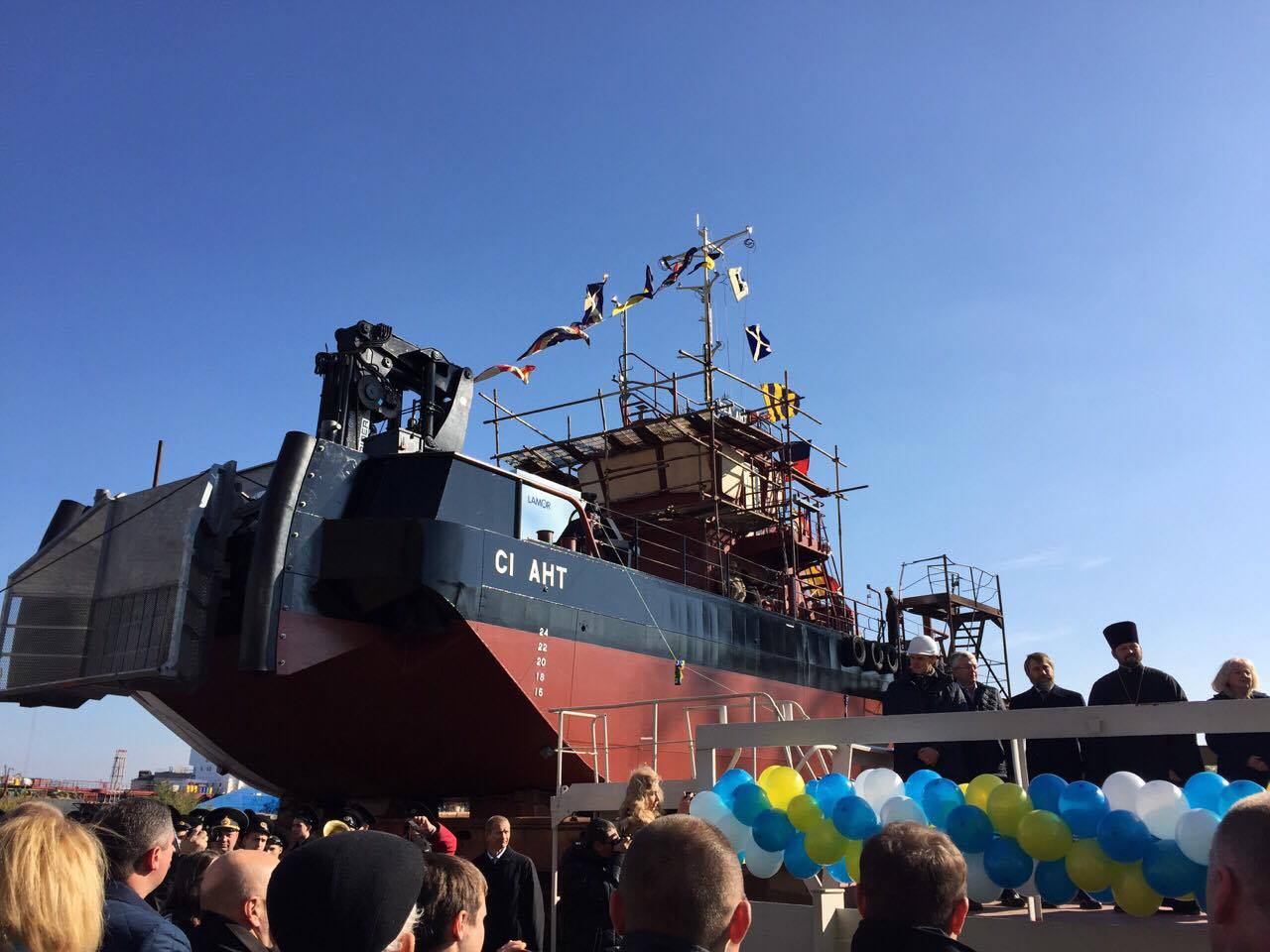