In 2016, the companies of the Group paid UAH 738.53 million to the budgets of various levels, including UAH 719.68 million transferred to the state budget and UAH 18.85 million paid to local budgets. "Last summer, we began drilling of a new 5,250 meter deep well no.109 at Mekhedovskoye deposit and we plan to start commercial production here in summer 2017," said Sergei Glazunov, the CEO of SMART ENERGY Group. In 2017, the Group's companies also plan to make a series of well workovers and will focus on implementation of projects with low capital intensity. "We are considering the possibility of drilling two new wells, but the final decision will depend on a favourable investment climate and tax regime for the new wells in 2017," said Sergei Glazunov. In addition, in August 2016, the Group's companies launched their sales of natural gas through the online trading platform Fabrikant.ua. Now, all kinds of the Group's products (natural gas, condensate and liquefied gas) are sold through electronic auctions. This ensures clarity and transparency of sales and fair competition. Reference Smart Energy is a part of Smart-Holding and a management company in charge of implementing exploration projects, commercial development of the hydrocarbon deposits and alternative energy initiatives. Smart Energy provides comprehensive consulting services in the areas of management, engineering and business processes optimization to the companies of Smart Energy Group. Oil & Gas business block of Smart Energy is represented by Regal Petroleum, a listed British company having the assets in Ukraine (Poltava region), as well as by the Ukrainian gas producers Prom-Energo Product and Ukrgazvydobutok (Kharkiv region).
to news list Energetics Share on Facebook Print NEXT PREV 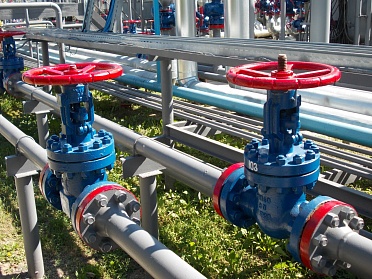