U700 Neteshyn marine diving vessel of the Ukrainian Naval Forces has been lifted up onto the near-staple platform of the building slipway for repair at Nikolaev site of Smart Maritime Group (Chernomorsky Shipbuilding Yard).

UAH 6 million contract covers dockside repair of the ship, replacement of the outer shell's metal, repair of the rudder propeller unit and sea valves, cleaning, painting and a number of other operations that cannot be performed on the sea.

Nikolaev site of Smart Maritime Group has extensive experience in repairing vessels of the Naval Forces. In 2012-2014 only, six ships of the Ukrainian Navy were repaired here. Last year, the shipbuilding yard also repaired Nikolaev border patrol ship of the State Border Guard Service of Ukraine.

SMG's 2016 production volume amounted to UAH 395 million. The amount of taxes and fees paid by the Company to budgets of all levels for 2016 totalled UAH 74 million, including UAH 23 million paid to local budgets.

The average salary in the holding company in March 2017 amounted to UAH 6,861, including the average wage of welders standing at UAH 7,372. 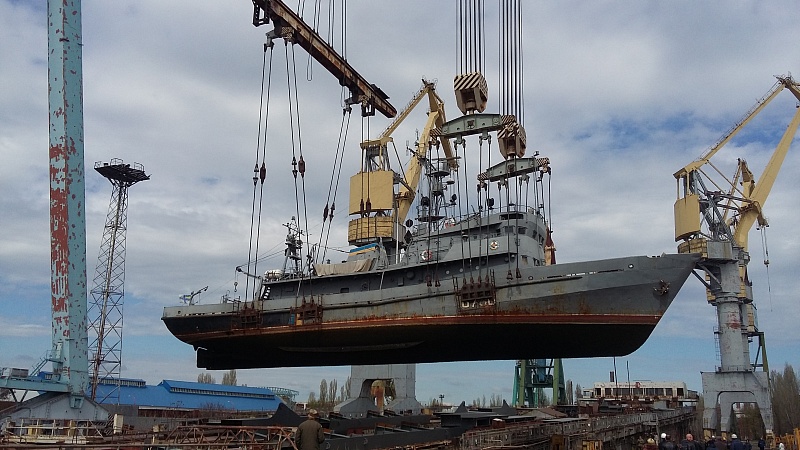