Nikolaev production site of Smart Maritime Group (Chernomorsky Shipbuilding Yard) has completed an order to assemble metal structures for the construction of a bridge across the Dnieper River in Zaporozhye city.

In total, the enterprise has produced 880 tonnes of metal structures up to 24 meters in length. 330 tonnes of them have already been sent to Zaporozhye. Soon the remaining part of the order will be shipped to the customer.

Currently, a new contract is being prepared for signing – to assemble 400 tonnes of metal structures for an automobile bridge on the Odessa-Reni highway. It is expected that the order will be accomplished by the end of June.

Previously, Nikolaev city's shipyard of SMG produced bridge metal structures, including those for the construction of the new bridge in Zaporozhye. This construction has been made, with some interruptions, by the State Agency of Automobile Roads of Ukraine (Ukravtodor) since 2004.

SMG's 2016 production output totalled UAH 395 million. The amount of taxes and fees paid by the Company to budgets of all levels for 2016 was UAH 74 million, including UAH 23 million paid to local budgets.

The average salary in the holding company in March 2017 amounted to UAH 6,861, including the average wage of welders standing at UAH 7,372. 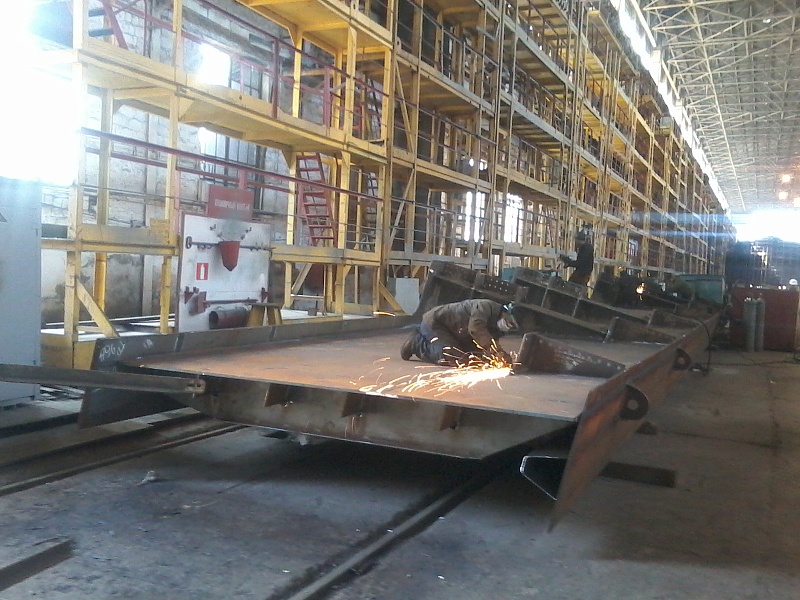