Smart Energy Group has become an official partner of the Men's European Boxing Championships (EUBC) that will be held on 16-24 June 2017 in Kharkov. Almost 300 sportsmen from 40 countries will take part in the contests.

Ukraine, for the first time ever, received the right to host the European Boxing Championships. It is expected that EUBC-2017 will become one of the main sporting events for Ukraine. The government, the Presidential Administration and the leadership of Kharkov region are taking an active part in the organization and holding of the competitions.

According to Vladimir Prodivus, the president of the Ukrainian Boxing Federation, the continental championship in Kharkov, without exaggeration, will become a major event of the Ukrainian amateur boxing. "This year has become a landmark for our country that has received an opportunity to show itself to the world. The recent Eurovision song contest, international festivals and sports tournaments open up our country to the European and world community. It is a great honour for the Boxing Federation to enter the history of the world sports and to play its role in the presentation of Ukraine to the world, underlined Vladimir Prodivus.

In addition, EUBC-2017 is one of the main qualifying tournaments of the World Boxing Championship, which will soon take place in Hamburg (Germany). In Kharkov, the best boxers will receive tickets to the world championship – 8 in each of 10 weight categories.

"It is high responsibility and great honour to host the continental championship in Ukraine, in Kharkov. We are proud to have become a part of this landmark event and to help the country prepare properly for the European Boxing Championship. And, of course, we support the development of sports, because this is about a positive lifestyle and health," noted Vadim Mokhov, the head of Smart Energy Group's oil and gas business in Kharkov region, Director of Ukrgazvydobutok.

For nine days, Kharkov will be in the whirligig of sports events, incredible impressions and fascinating emotions. All this has become possible thanks to the support of Smart Energy Group. 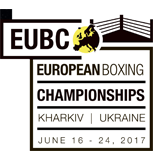