Chernomorsky Shipbuilding Yard of Smart Maritime Group has completed the repair of the marine diving vessel U700 Neteshyn belonging to the Naval Forces of Ukraine.

The repair of Neteshyn ship has been carried out from April of this year on the near-staple plate of "0" slipway. The work included replacement of the outer hull's metal casing, repair of the rudder propeller unit, repair of sea valves, cleaning and painting. After the completion of the dock repairs, the ship was successfully put afloat with the help of the Finnish KONE crane having the carrying capacity of up to 900 tonnes. After installation of bolt eyes of the rubbing band, centring of the shaft line and other works, Neteshyn ship successfully passed through the mooring and sea trials. Now the vessel is in the place of its permanent deployment in Ochakov town.

The contract cost of the repairs amounted to about UAH 6 million.

Nikolayev Shipyard of Smart Maritime Group has extensive experience in repairing ships and vessels for the Naval Forces and the State Border Guard Service of Ukraine. In 2012-2014 only, the shipyard repaired six ships of the Ukrainian Naval Forces, last year – a border guard cruiser of the State Border Guard Service, and this year, together with the partners, an artillery boat of the Ukrainian Navy.

Smart Maritime Group (SMG) is Ukraine's largest shipbuilding holding company combining two shipyards: Chernomorsky and Kherson. SMG's 2016 production output amounted to UAH 395 million. The amount of taxes and fees paid by the Company to budgets of all levels for 2016 was UAH 74 million, including UAH 23 million paid to local budgets.

The average salary in the holding company in July 2017 amounted to UAH 8,155, including the average wage of welders and hull assemblers standing at UAH 9,921.
to news list Shipbuilding Share on Facebook Print NEXT PREV 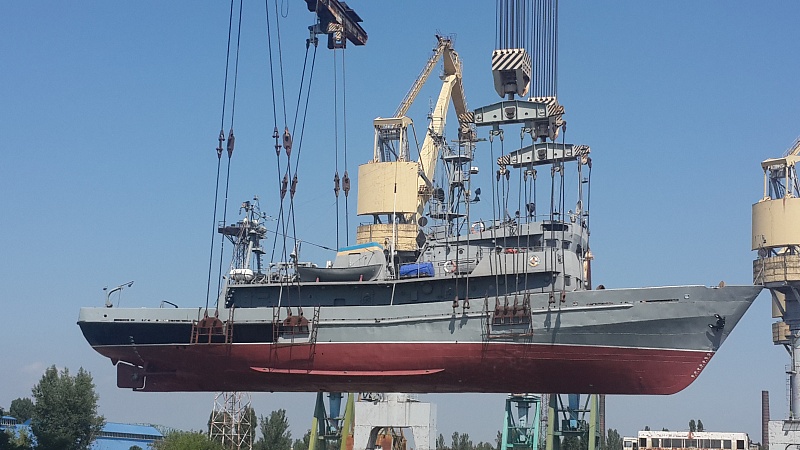