Smart-Holding has traditionally supported and awarded its Prizes of Mercy within the framework of Pokrov International Orthodox Film Festival. Director of the International Charitable Foundation in Honour of Intercession of the Most Holy Mother of God (ICF) Dmitriy Sergeev presented a certificate for USD 5 thousand to the abbot of Archistratigus Michael Church (Volosskoye village, Dnepropetrovsk region), the head of family affairs department in Dnepropetrovsk eparchy of the Ukrainian Orthodox Church, father Andrey Pinchuk. Father Andrey is raising 13 children, 10 of which are adopted ones.

Archbishop Obukhovskiy, vicar Iona of Kiev eparchy of the Ukrainian Orthodox Church presented USD 10 thousand to Fyodor Romanov, an artist from Lugansk who showed an example of spiritual strength. Despite the fact that Fyodor was born with disabilities (he has damaged limbs), he paints pictures holding the brush in his teeth. Hostilities in the East of Ukraine forced the artist's family to leave Lugansk and to start their life anew.

In addition, the company provided its aid to the family of a famous Kiev publicist and documentary filmmaker Aleksandr Stolyarov, who died this summer. His name is known to a wide audience thanks to his film "Elder Paisius and I, Standing Upside Down". 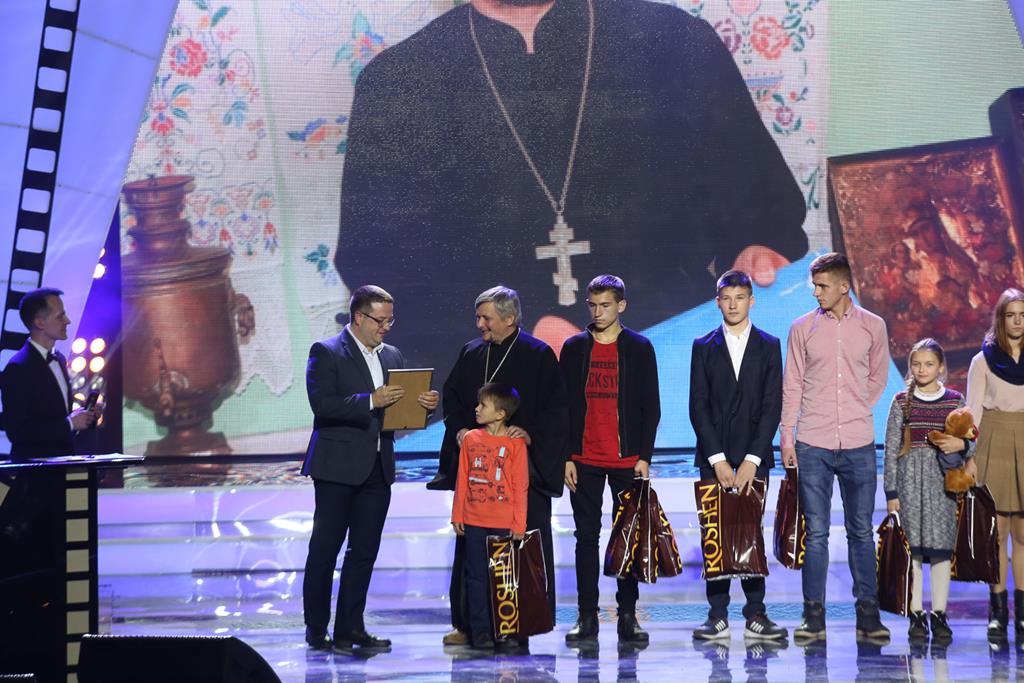