Vasiliy Fedin, CEO of Smart Maritime Group: "If Ukraine wants to be a sea power and not just a country by the sea, it needs to develop the national navy"

For the last 10 years, the shipbuilding industry around the world has still been unable to recover from the effects of the global financial crisis of 2008. Problems of Ukrainian shipbuilders are also exacerbated by the military actions in Donbass, because due to the outbreak of hostilities foreign customers have become wary of force majeure circumstances and ceased placing orders for the construction of ships at Ukrainian shipyards. However, due to the small scale of the domestic market, shipbuilders have to master the production of non-core products. In particular, Smart Maritime Group, which is the shipbuilding division of Smart-Holding, started fulfilling machine-building orders for steel makers, as well as producing metal structures for Odessa-Reni bridge construction.

Difficult relations with law enforcement authorities can also be added to the list of challenges faced by domestic shipbuilders from Smart Maritime Group. The company believes that the main cause of somewhat complicated relations with law enforcement agencies is the political activity of the owner of Smart-Holding, Vadym Novynskyi, who is a member of the parliament and is in the parliamentary Opposition Bloc faction. Thus, in September, the Prosecutor General's Office, which had previously made a series of searches at Smart-Holding’s office, initiated a criminal case against the CEO of Smart Maritime Group Vasiliy Fedin on suspicion of falsification of documents.

In the interview, Fedin refused to comment Ukrainski Novyny's questions related to the criminal case opened against him before its completion, but agreed to tell us about the work of Smart Maritime Group.

We also talked about some global trends in shipbuilding, the current situation of domestic shipbuilders and the current state of Vladimir the Great corvette.

How have the global trends in shipbuilding changed in the last 3 years?

The last decade saw a negative trend demonstrated by the world shipbuilding sector. Shipbuilders still cannot recover from the global financial recession. While in 2008, the order book of the world’s shipbuilding accounted for 50% of the total deadweight of all vessels operating worldwide, in 2014 it was only 18%, and by 2017, this figure fell to 9%.

Nevertheless, for the last year, a certain recovery in demand has been reported in the markets. Particularly, we are talking about the European segment. Yet, its share in the world scale is small and today ranges from 1 to 10%.

Meanwhile, Asian shipyards continue to confidently lead. Thus, according to Clarksons Company, the global book of orders for 2017 looks like this: China – 34%, South Korea – 23%, Japan – 23%. The rest of the world, including Ukraine, accounts for only 20%.

How has the situation changed for Ukrainian shipbuilders in the last 3 years?

In 2012, SMG's shipyards produced marketable products worth USD 92 million. The main customers were Norwegian, Dutch and Maltese ship owners. After the events of 2014, the portfolio of orders was significantly reduced. For fear of force majeure, foreign customers simply left the market. As a result, in 2016, the commodity output of our two shipyards was only USD 15.4 million.

The military conflict and political instability in the country still negatively affect our production volumes. However, recently, positive changes have outlined. This year our shipyards have been visited by potential partners from Denmark, the Netherlands and Greece. There are preliminary agreements, and this is encouraging.

At the same time, domestic customers have started placing their orders with our enterprises more confidently. In addition, we have paid more attention to the release of non-core products. In the summer of this year, Smart Maritime Group was taking part in the construction of sections of Zaporozhskiy Bridge. Under this contract, SMG's Nikolaev shipyard produced 880 tons of metal structures, and 400 tons of similar products were manufactured for Odessa-Reni Bridge. In addition, several machine-building orders were fulfilled for Illich Iron and Steel Works.

What is the share of Ukrainian shipbuilders' orders in the domestic market, and what part external customers account for?

Today Ukrainian customers prevail in our portfolio of orders.

What orders are currently in progress at SMG shipyards? Have you started collecting orders for the next year?

In October, 23 ship-repairing orders were carried out at SMG’s production sites. In addition, we are engaged in mechanical engineering, metal processing, manufacturing of metal structures.

We started preparing the portfolio of orders for 2018 in spring, and, according to our forecasts, the growth rate by volumes will remain at the same level.

Do you have a forecast for SMG's 2017 financial results?

By the end of the year, we forecast production output at the level of USD 13.7 million.

Does the company have investment plans for 2018 and, if so, what projects are planned?

This year, we have invested UAH 30 million in the expansion of facilities for the production of metal structures, as well as in the modernization of the main equipment of Kherson shipyard. I mean upgrade of the crane equipment, the metalworking line and the modernization of certain sections of the metal processing chain. Next year these operations will be continued.

Do you have new orders from the Defence Ministry?

Orders of the Ministry of Defence and the State Border Guard Service are limited to ship repairs. Unfortunately, today, there are no real plans of building new combat units at our facilities, which would be confirmed by state financing. Although we have the necessary production facilities, expertise and human resource potential.

Undoubtedly, if Ukraine wants to be a sea power and not just a country by the sea, it needs to develop its national naval forces. This is an urgent issue for the leadership of the state. However, unfortunately, we have not heard a response to it.

Earlier, the company declared it impossible to complete Vladimir the Great corvette project due to the termination of state funding. Are there any changes in this issue?

In short, there are no changes: the situation is frozen. Now the readiness of the main ship is estimated at 17%, hull work is 80% complete. If the financing is resumed, the completion of the corvette will take about four years. However, it should be understood that every year the project becomes outdated and more expensive. By today, the contract value of the order has increased approximately 2.3-fold in comparison with 2009. 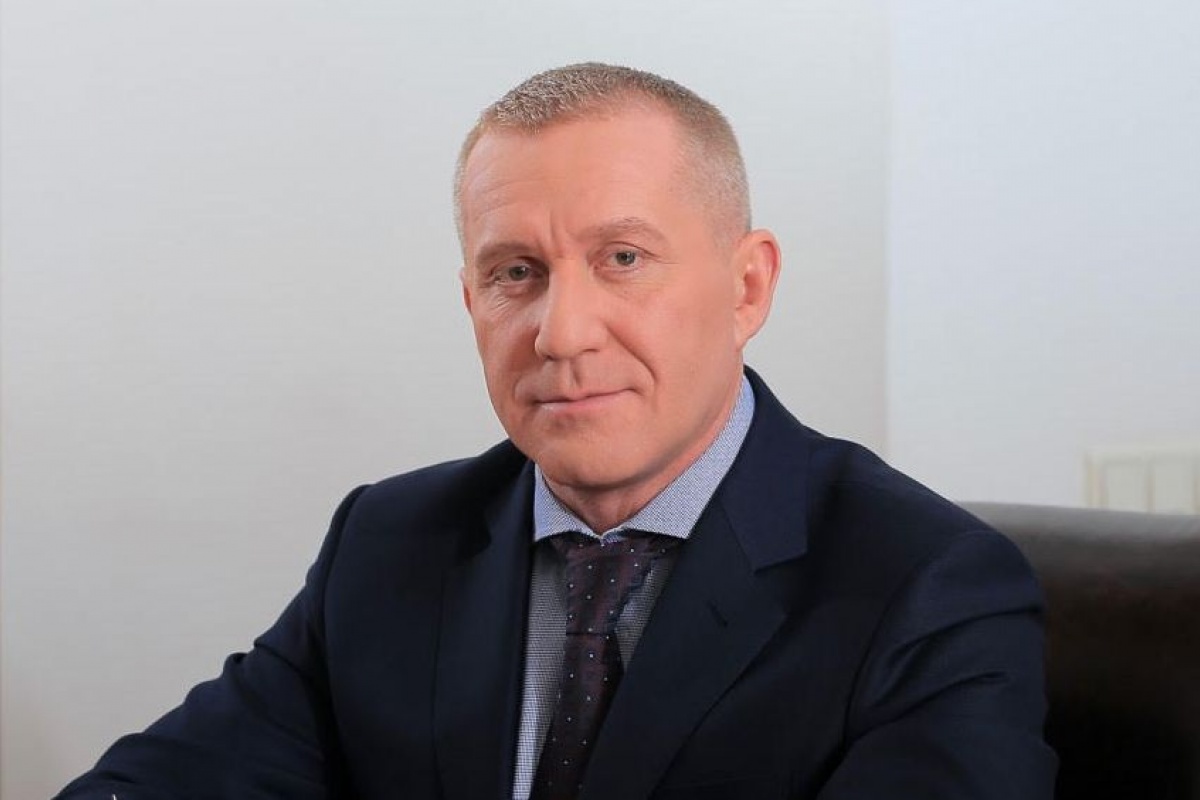