British company Regal Petroleum plc (part of Smart Energy Group, owner of gas producing assets in Poltava and Kharkiv regions), as stated in the official announcement of the company posted at London Stock Exchange, doubled average daily production of hydrocarbons at the fields of Poltava region in QII versus the same time period of the previous year.

At the same time, production indicators of the company at Vasyschyvske field in Kharkiv region remained pretty much the same they were last year. Thus, average daily production of gas in QII this year was 86.7 K m3/day, and 85.7 K m3/day over the same period in 2017. Condensate production changed from 6.6 m3/day last year to 6.2 m3/day in QII of 2018.

As a reminder, in March 2018 drilling of well No.10 at Vasychyvske field started. As of now, logging of the well along with results processing is taking place. If further tests are successful, production should start in QIII 2018. There is also 3D seismic acquisition taking place at this field.

On top of that, as it has already been mentioned, the company plans to run well No.12. It is located at Svyrydivske field and owned by NJSC Ukrnafta the contract has already been signed with. To be able to produce hydrocarbons with this well, it is undergoing a work-over at the moment, which is planned to be completed in QIII 2018.

Also, as per the announcement of LSE, as of June 2018, funds on Regal Petroleum plc along with its subsidiaries accounts amount to an equivalent of 40 mln USD. 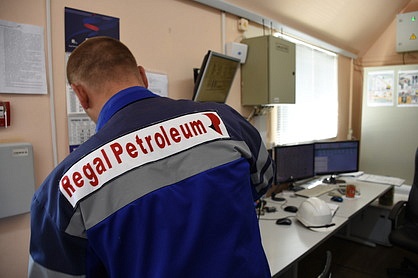