This year, Smart-Holding has become the only industrial partner of the Forum from Ukraine. The Company has been a WEF partner since 2008. This year about 3 thousand delegates from more than 115 countries took part in the Forum.

The main topic of this year's meeting was Globalization 4.0: Shaping a Global Architecture in the Age of the Fourth Industrial Revolution. Participants discussed two major trends. First, a growing disappointment with the ideas of globalization, frustration with its inability to continuously raise living standards, accompanied by a rollback to populism and nationalism. The second topic focused on business behaviour strategies in the context of a rising wave of changes in the era of a new digital revolution.

‘In my opinion, the atmosphere of this year's meeting indicated that the global economy is at landmark crossroads. Everyone has braced for global shifts. Experts are saying about the possibility of a new turn of recession in the world markets. This can be confirmed by the forecasts for a decrease in the global economy’s growth rate published by the IMF on the eve of the Forum. In numbers – from 3.7% to 3.5%. For businesses, this means new risks. Cooling of China's economy along with the tariff wars between the heavyweights will only worsen the situation. China’s economic slowdown will be followed by a pullback in prices for agricultural products and metal, product groups so much critical for Ukraine (according to IMF forecasts, the price of metal will drop by 7.4%). Suspension of Brexit issue will be another serious challenge for Europe. The Ukrainian economy, which is so far from being in its best shape, will be operating and developing in this particular context. At the same time, the smouldering military conflict and entry into the next electoral period will continue to exert significant pressure on the domestic situation in Ukraine. Yet, in my opinion, the most serious challenge next year will be the crisis of the domestic human capital market. Migration of labour from Ukraine will continue, which means that businesses will have to address the issue of labour force retention, training and motivation in a serious manner,” said Alexey Pertin.

The World Economic Forum is an international organization of public-private cooperation. The main event of the Forum is its annual meeting, which is traditionally held in Davos in late January – early February to discuss the key issues of the global economy. Smart-Holding is one of the largest industrial and investment groups of Ukraine combining the companies that share common strategic goals and business principles. The interests of Smart-Holding focus on the industries that are the key ones for the economy of the country. The group’s companies invest in metals and mining, oil and gas segment, banking, agriculture, development, shipbuilding and real estate. Smart-Holding’s companies also participate in other business projects as portfolio investors. 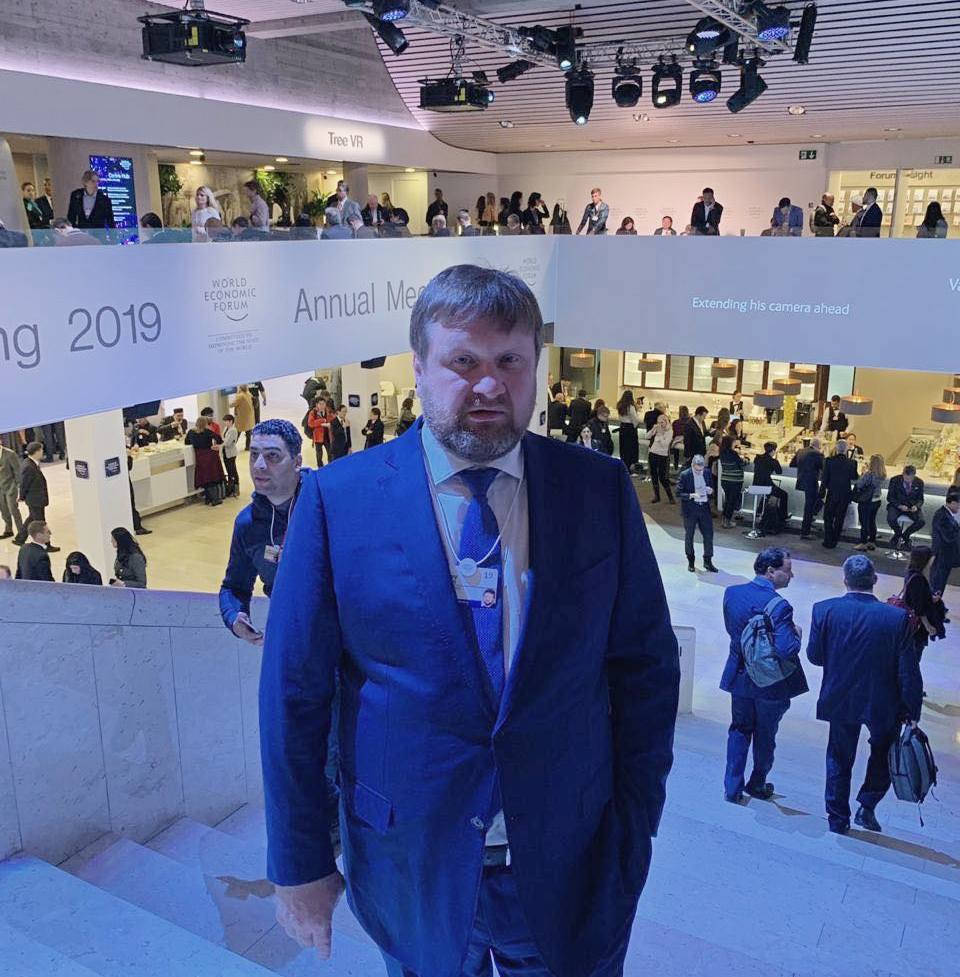