Nikolaev shipyard of Smart Maritime Group has launched an outfitted hull of EMMA chemical tanker (order # 10002) for Dutch VEKA Group. Many local residents of Nikolaev city, including students of the National University of Shipbuilding, took part in the official launching ceremony together with the shipbuilders.

Traditionally, the so-called “honourable mother” of the vessel – a worker of the hull workshop Ms Tatiana Alekseenko – broke the bottle of champagne on the hull. She has been working at the company for 29 years, but this was her first time in this role.

EMMA chemical tanker was laid down on the production line of Nikolaev shipyard last July under the name NEBRASKA. Later the name was changed at the request of the customer. It was built according to the Dutch CAVALLI project and is intended for transportation of petroleum products and chemical cargoes. The tanker's deadweight exceeds 5,000 tons. Its length overall is 110 meters, its hull beam is 13.5 meters, and the hull height is 6.6 meters.

Specialists of Nikolaev shipyard made some improvements in the vessel construction technology – the assembly of the bow and stern blocks was made with a keel upwards, which made it possible to expedite the construction and reduce costs by streamlining the technological process. In total, over 1,200 tons of high-quality shipbuilding steel produced by Ilyich Iron and Steel Works (Metinvest, Mariupol) were used in the construction of the vessel.

A similar outfitted hull of a chemical tanker has also been built at Kherson shipyard of SMG. In a day or two, both hulls will be delivered to the customers. The total value of the contract for the construction of the two vessels amounted to over UAH 145 million.

SMG’s production output in 2018 amounted to UAH 610 million, which is twice as much as in 2017. The average salary of metal ship hull assemblers and welders is UAH 13.8 thousand.

VEKA Shipbuilding B.V. is part of VEKA Group Shipbuilding Company headquartered in Werkendam (the Netherlands). The group was founded in 1988. The company specializes in the construction and maintenance of inland navigation vessels. The company's reference list includes double-hulled chemical tankers and bunker tankers, LPG tankers, container ships, passenger ships and other types of vessels. VEKA operates four shipyards in the Netherlands: in Lemmer, Heusden, Rotterdam and Werkendam, as well as shipyards in Eastern Europe and, in part, in Asia. 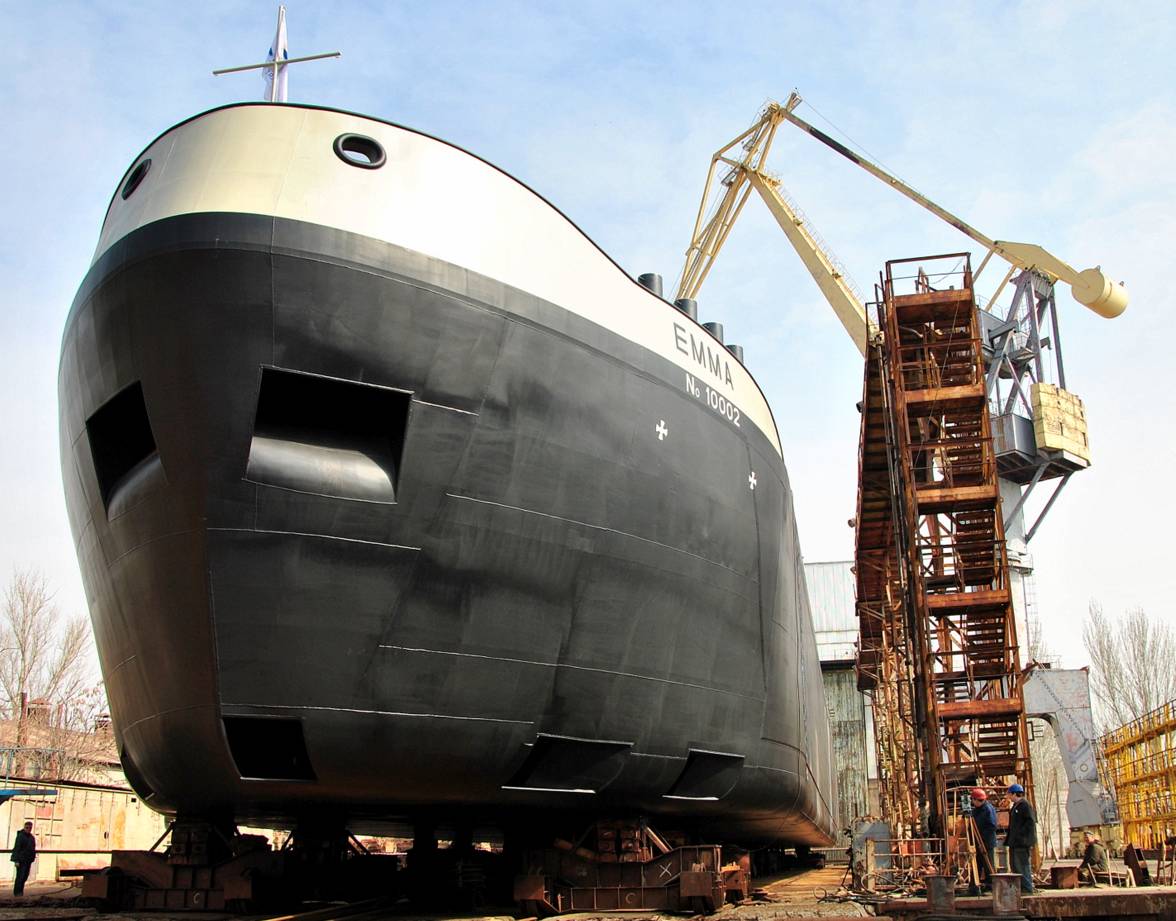