Dmitriy Krasnikov: “We plan to expand the share of shipbuilding in SMG's business portfolio”

The CEO of Smart Maritime Group speaks on the situation in the Ukrainian shipbuilding sector against the backdrop of coronavirus, and on future prospects

Dmitriy Krasnikov took the charge of Smart Maritime Group in January this year. Just a month later, the coronavirus pandemic broke out in the world. Its consequences promise to be very significant not only for shipbuilding, but for all the Ukrainian industries.

In his first interview as the CEO of SMG, Dmitriy Krasnikov speaks about how a large Ukrainian shipbuilding company plans to survive and develop this year.

Dmitriy, what tasks were set to you when you assumed the post of Smart Maritime Group's CEO? How successful are you in carrying them out?

– The key task was to devise an updated business development strategy along two main business vectors: maintenance and further development of the company's core profile, which is shipbuilding and ship repair, as well as diversification of business activities using all the available capacity of our shipyards. For example, we possess expertise in the manufacture of large metal structures. Our specialized sub-division previously participated in a number of projects on the development of road infrastructure in Ukraine, and was involved in the manufacture of equipment for ore mining and processing plants. This is one of quite promising areas along with other potential growth points.

The development of the strategy is in its final stage. In the nearest future, it will be submitted to the company’s management (Smart-Holding’s management – editor's comment) for approval.

In addition, there was a task to strengthen the company's team. Partially, it has already been implemented. We are awaiting the arrival of several more top managers to strengthen our activities in sales and HR.

What performance indicators did the SMG's shipyards achieve in 2019 in terms of sales? What is the trend compared to 2018 and what do you expect in 2020?

– SMG closed the last year with a revenue of more than UAH 500 million. As for 2020, initially a small increase was planned – to about UAH 600 million. However, given the current situation, a decrease in production volumes is possible.

To what extent has coronavirus affected the company's operations?

– Coronavirus and quarantine did not have much influence on our company's operations. We continued to work paying particular attention to safety of our employees involved in the key production processes. We applied personal protective equipment, enhanced some measures to disinfect and prevent the spread of the virus, etc.

As for the economic level, of course, the impact was tangible. To be more precise, it was influenced not so much by the virus itself, but rather by the decrease in economic activity caused by it. Today we are witnessing a shortage of liquidity in the market. Many of our customers do not have funds to finance their repairs and other work that they objectively need. The number of orders is also declining, as many of our customers, especially those from Europe, took a break. General uncertainty leads to the situation where investment projects (and purchase of a new vessel is an investment project) are frozen.

What is your anti-crisis strategy in this regard?

– We have adopted a cost-cutting program in case the current situation drags on for a long time. However, we hope that by the third quarter of the year economic activity of all business operators, including our customers, will begin to revive.

– Over the past few years, the main business activity for us was ship repair. It generates more than 50% of the company's revenue. Shipbuilding, which is the construction of new ships, accounts for about 30%. In addition, other types of activities, such as the manufacture of metal structures, the provision of port services, etc. give about 20%. The task for the next few years is to expand the share of shipbuilding.

Is shipbuilding a more profitable area of business activity?

– Shipbuilding is a more system-based and more predictable area of activity. It is a long-term contract, which ensures uniform and even loading of the production capacities. This is a more complex type of activity, the profit margin of which is much higher than that of ship repair. Finally, technically speaking, our shipyards are more shipbuilding than ship repairing facilities.

– Last year, our investments amounted to about UAH 30 million. About half of that amount was for capital repairs of existing equipment, buildings and structures. The rest went for the purchase of new equipment. In particular, we upgraded metal cutting and processing section at Kherson shipyard. Today we have a modern European line there, which enables us to perform operations with metal efficiently, quickly and in a quality manner.

The plan for the current year provides for the investment of UAH 40 million. These are inputs into the maintenance and upgrade of equipment according to the core profile, as well as the development of capacities associated with port activities.

How big is the company’s portfolio of firm orders? Are there any prerequisites for its increase? Is the company looking for other customers, in addition to VEKA?

– As a rule, no firm yearly ship repair contracts are concluded. The search for new customers to place shipbuilding orders is ongoing. European customers, similar to VEKA, are interested in cooperation with us, but, unfortunately, these negotiations are mostly paused because of the pandemic.

Whom do you buy materials for you production activities from? Are there any problems with supplies of metal products?

– The main material for shipbuilding and ship repair is flat-rolled metal product. We buy it from Metinvest – these are primarily the products of Ilyich Iron and Steel Works and Azovstal Iron and Steel Works. There are no problems with supplies, and we are satisfied with the cooperation with Metinvest.

Sometimes specialized shipbuilding structural steel profiles are used in shipbuilding in small volumes – either of Ukrainian origin or manufactured abroad. In April, there was a problem with delivery of such steel profiles from Italy due to the limited production output resulting from quarantine. Yet, the plants resumed their operations, we received a truck of those steels profiles, and the problem was resolved. In general, there were no major difficulties with steel supplies during this period.

– General situation is quite complicated. Compared to the beginning of the 1990s, that is the time when the country gained its independence, the volume of shipbuilding reduced dozens of times. Despite the fact that a significant part of shipbuilding capacities has been preserved, to one degree or another, their current loading is very low.

As for the prospects, this is a difficult question, because such industry as shipbuilding, as world practice shows, develops only when supported by the state. The experience of Japan, South Korea and China, the world’s leaders in shipbuilding, shows this. South Korea chose shipbuilding as a locomotive for their economic development at one time. This enabled the country to quickly turn from an agrarian post-war country into a highly developed, industrial one.

What would you advise the state? Do you have any wishes?

– The key question for shipbuilding is access to credit resources at an adequate servicing cost. As a rule, a shipyard builds a ship for its own money, and payment is made when it is finished and handed over to the customer. Given the fact that the ship construction period is one or two years, a shipbuilding company is in dire need of working capital during this period. In order to build even a small river-sea class ship worth € 10-15 million, a company needs to have a sufficient margin of financial strength.

There are also a number of questions regarding taxation regimes. In particular, the question on land tax or payment for rent of land. Shipbuilding companies are located on a fairly large area. Internationally, preferential land tax rates are applied for such assets. Often, they are completely exempt from this kind of fiscal burden.

By the way, over the past 15 years, Turkey and Russia became leaders of shipbuilding in our region, and this is particularly due to the fact that companies in the industry were given access to governmental credit resources, leasing programs, and preferential taxation. Turkey increased its production output 5- or 6-fold, and created thousands of new jobs.

How do you assess the prospects for increase in domestic demand for shipbuilding? Are you considering options of building ships for domestic customers?

– We are ready to build ships, including shipbuilding for internal customers. However, if we talk about shipbuilding, then we need to clearly understand what an internal/domestic customer is. Indeed, very often an investor or a ship owner from Ukraine register their ships under foreign flags. This gives certain benefits in terms of taxation and purchase of fuel. The earlier mentioned Russians understood this and created a special international registry, which allows Russian ships to have the same benefits as foreign ones. Unfortunately, this is not the case in Ukraine.

Nevertheless, do you have Ukrainian customers?

– For shipbuilding – no, we do not; for ship repairs – we do have some. We built the last new ship for a Ukrainian customer in 2016. The state has not yet created conditions for the development of the domestic river transport. And although the next attempt to legislatively resolve this issue looks quite optimistic (the adoption of draft law No. 1182-1-d “On Inland Water Transport” by the Verkhovna Rada on 24 April, in the first reading – editor’s note), the fact remains that current traffic volumes along the Dnieper river are of minimal scope. 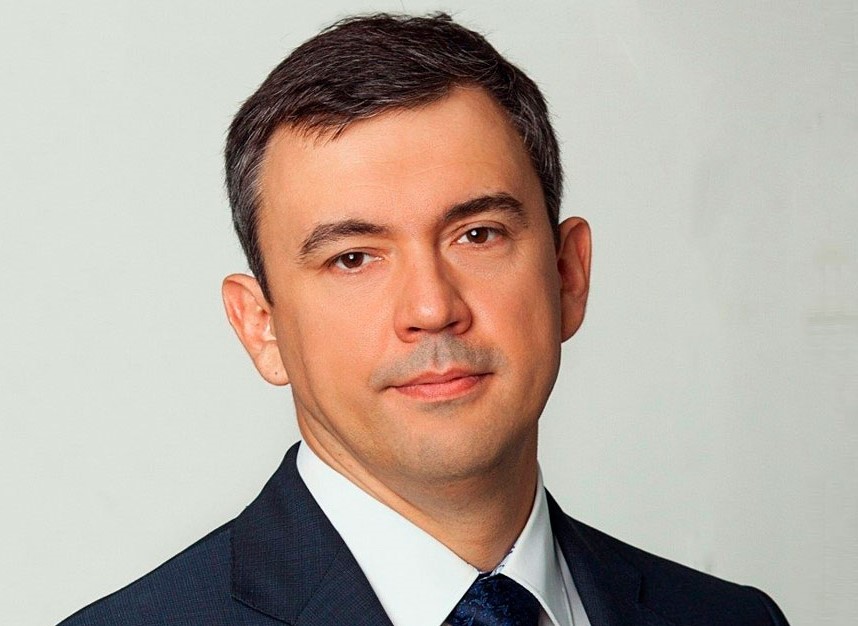