On 21 September 2021, extraordinary shareholder meetings of KHARKIVOBLENERGO JSC and KHARKIVENERGOZBUT PJSC were held, convened at the initiative of the State Property Fund of Ukraine (hereinafter referred to as the Fund or SPF). During the voting, representatives of the Fund did not support the draft decisions meant to bring the composition of the energy companies’ supervisory boards to compliance with the legislation1 that regulates the activities of joint stock companies. This has led to the fact that the supervisory boards of KHARKIVOBLENERGO JSC and KHARKIVENERGOZBUT PJSC remain unauthorized since they still do not have independent members.

The management of the joint-stock companies received another carte blanche to continue to implement corruption schemes that lead to a decreased investment attractiveness of the energy companies. The lack of effective control by the supervisory boards leads to direct losses to shareholders, primarily to the State, which holds stakes in KHARKIVOBLENERGO JSC and KHARKIVENERGOZBUT PJSC in the amount of 65% of the authorized capital.

‘As we can see, senior executives of the SPF once again deliberately breached Ukrainian laws by keeping unauthorized, ineligible supervisory boards. The logic of these actions, apparently, is very simple – to preserve the most comfortable conditions for the current top managers of the energy companies who are implementing blatantly larcenous schemes in these Kharkiv-based companies. However, as they say, a thief is the one who stole and the one who covered the theft. I do not rule out that with such coordinated actions, officials and management are trying to squeeze the maximum benefit from the companies in the run-up to transfer of their shares to be further administered by the Ministry of Energy. This causes colossal damage to the State and other shareholders. Let me remind you that the existing supervisory boards previously expanded the powers of the current management of the joint-stock companies to the maximum.’

During the meetings, SMART HOLDING (CYPRUS), which is a shareholder of both companies, voted to terminate the powers of the current members of the supervisory boards in order to bring the management bodies of the companies to compliance with legislative requirements.

Earlier, SMART HOLDING, as a responsible shareholder guided by the principles of the Organization for Economic Cooperation and Development (OECD) on corporate governance of state-owned companies and the National Code of Corporate Governance, initiated an independent competition to select candidates for independent members of the Supervisory Boards of KHARKIVOBLENERGO JSC and KHARKIVENERGOZBUT PJSC. According to its results, the international executive recruitment company Boyden Ukraine selected 16 potential candidates for the position of independent board members.

On 28 April 2021, online general shareholder meetings of Kharkivoblenergo JSC and Kharkivenergozbut PJSC were held where the Supervisory Boards of the joint-stock companies were not established.

In May, SMART HOLDING (CYPRUS) appealed in court the decisions made at the Supervisory Board meetings of KHARKIVOBLENERGO JSC and KHARKIVENERGOZBUT PJSC on 23 March 2021, in particular, the decisions on holding a general meeting of these companies on 28 April 2021. The Company is convinced that after 6 January 2019, the compositions of the Supervisory Boards of KHARKIVOBLENERGO JSC and KHARKIVENERGOZBUT PJSC became unauthorized, legally incompetent, since they were not brought into compliance with provisions of the current legislation.

1According to the requirement of Part 4 of Article 53 of the Law of Ukraine “On Joint Stock Companies”, the supervisory board of a joint stock company (including a public one), in the authorized capital of which more than 50 percent of shares belong to the state, should consist of at least one third of independent members. At the same time, the number of independent members cannot be less than two people. The Law of Ukraine “On Amendments to Certain Legislative Acts of Ukraine Concerning the Simplification of Doing Business and Attraction of Investments by Securities Issuers” No. 2210-VIII dated 16 November 2017 required to bring the composition of the supervisory boards to compliance with this provision by 6 January 2019. Due to the improper performance of their duties by the SPF officials, the requirements of the law have not been fulfilled for more than two years. 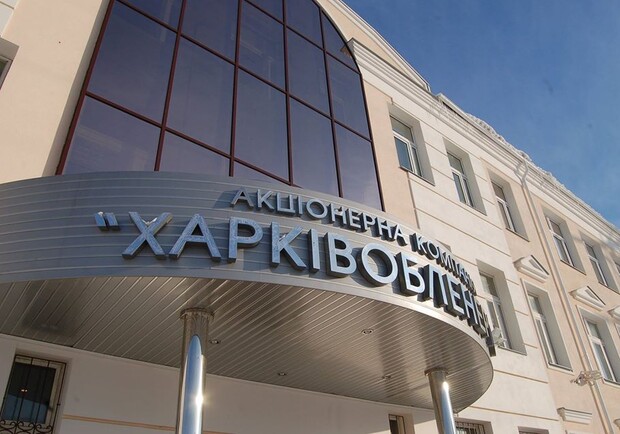