Kherson Shipyard of Smart Maritime Group has completed a deep modernization of Donmaster Spirit dry cargo ship (Belize colours) and has given it over to the customer.

As part of the modernization, the length of the vessel was increased to 119 meters.

About 400 tonnes of high-strength shipbuilding steel was used to build a 23-meter insert. Within the scope of the work, a new hull was made. In addition, specialists of the shipyard painted the outer shell and freight hold compartments of the ship, installed new electrical equipment and fitter items, pipelines and new MacGregor cargo-hatch covers.

The modernization made it possible to significantly improve the technical and economic parameters of the vessel. It became a 3-bilge vessel with the deadweight increased by 14% – to 4,900 tonnes.

SMG's 2016 production output amounted to UAH 395 million. The amount of taxes and fees paid by the Company to budgets of all levels for 2016 was UAH 74 million, including UAH 23 million paid to local budgets.

Starting from 1 June, the Company has 50% increased wage rates for main and auxiliary workers. Wages of the main production workers have grown up by an average of 30%. 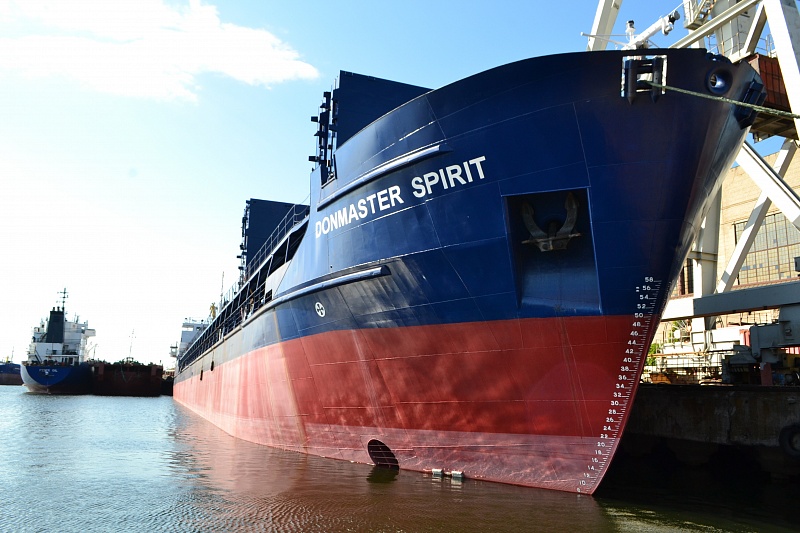