Smart-Holding's Statement on the Arrest of ChSY Shares

Smart-Holding considers the statement made by the Prosecutor General of Ukraine about the arrest of shares in Chernomorsky Shipbuilding Yard (ChSY) (Nikolaev), as well as about the initiation of a pre-trial investigation into alleged abuse of official position by representatives of the State Property Fund of Ukraine (SPFU) and the Ministry of Industrial Policy in making amendments to the shipyard’s share purchase contract, as a pressure on the Company and its shareholder.

Kherson Shipyard (KhSY, Kherson city, Smart-Holding) was a bona fide purchaser of ChSY’s shares in the secondary market in December 2007. The deal was made in full compliance with the Ukrainian legislation and under the control of the State Property Fund of Ukraine. Amendments to the Share Purchase Agreement (hereinafter referred to as the Contract) could not in any way inflict and did not cause any losses to the state. At the same time, the volume of investment commitments did not decrease in general, and on several clauses of the Contract (payments to the Pension Fund of Ukraine and to budgets of various levels) was even increased. Moreover, all these commitments have been fulfilled, which has been confirmed by signing the relevant protocols and the Final Verification Certificate. This Certificate, among other things, specifies that, according to the Contract, the resulting value of investment was supposed to be UAH 80 million (over USD 10 million at the NBU rate valid at that time), while the actual value amounted to UAH 88 million (over USD 11 million). That means the Prosecutor General's Office construes some changes to the Contract’s provisions in a biased manner, while its conclusions are completely groundless and based on conjectures.

The PGO's main claim relates to the change in the projected manufacture volumes. However, objectively, the production outputs were correlated with the world markets, the real situation in the economy of Ukraine and was based on the consent from all parties to the Contract. For example, the increase in shipbuilding volumes and ship repair from UAH 30 to UAH 360 million in 2010-2011, that is more than 10-fold (!), was determined and recognized as unrealistic one. Considering the consequences of the global economic recession of 2008-2009, which had a catastrophic effect on shipbuilding, ChSY objectively could not achieve such indicators. 1 October 2008 was determined by the Chamber of Commerce and Industry of Ukraine as the date of the force majeure (circumstances of insuperable force). However, production volumes are not investments and are not paid to the state or to anyone in the monetary form. In this case, the investigation’s statements about losses for the state are at least unprofessional.

At the time of the shares’ purchase, ChSY practically stopped its core business activity, the number of employees was reduced, assets were alienated, debts to the budget and the Pension Fund were growing. In March 2007, the SPFU commission reported this. With the new owner, efforts were made to return control over the key assets, to restore ties with counterparties, to fill the portfolio of contracts, to retain the core of specialists. ChSY production output, since the acquisition of its shares by KhSY, was constantly increasing (in 2011 up to UAH 154 million), and the value of the fixed assets was constantly growing – 25-fold in 2008 only. Today, ChSY, despite the crisis in the world shipbuilding, is one of the leaders among Ukrainian shipyards.

The Company hosted dozens of visiting meetings of inter-agency commissions, the SPFU, with participation of trade union organizations, where fulfilment of investment obligations was considered, as well as amendments to the Share Purchase Agreement. Proposals of Nikolaev regional administration, city council, trade unions were taken into consideration. Minutes of each meeting were drawn up in accordance with all provisions of the Ukrainian legislation.

Introduction of amendments to the Share Purchase Agreement is a standard procedure that hundreds of companies went through and are going through. For example, on 14 May 2009, ArcelorMittal Duisburg GmbH and the SPFU entered into an Agreement to amend the Sales and Purchase Agreement. In this case, the volume of investment commitments was significantly reduced.

The Prosecutor General's Office attempted to invalidate the effect of the Agreement on the purchase of ChSY's shares several times. Last time, on 16 September 2010, the ruling of the Kyiv Court of Appeal, which was never appealed afterwards, issued a refusal to satisfy unjustified demands of the prosecution office.

We consider the arrest of shares and production facilities as a gross and unreasonable interference in the production activities of the shipbuilding company where a number of large commercial projects, as well as a state project for the construction of the first Ukrainian corvette, are being implemented.

We are exposed to constant pressure on our business from law enforcement and inspection authorities, as well as special services. Purposeful and systematic nature of these actions brings us to a conclusion that this is the way that the government is fighting against its political opponents, one of which is the shareholder of Smart-Holding, Vadym Novynskyi. We do not exclude that the next targets of such attacks will be other assets of Smart-Holding. Thus, the so-called "re-privatization" processes have been launched in the interests of the current authorities.

Our weapon is openness: we are ready to provide the media and all interested parties with complete and reliable information about the events around ChSY. We will certainly appeal to the NABU and the office of the business ombudsman with a demand to protect us from the attacks of the so-called law enforcement authorities. We call on the President to secure the rule of law in Ukraine and not to allow the return of the wild 90s period. 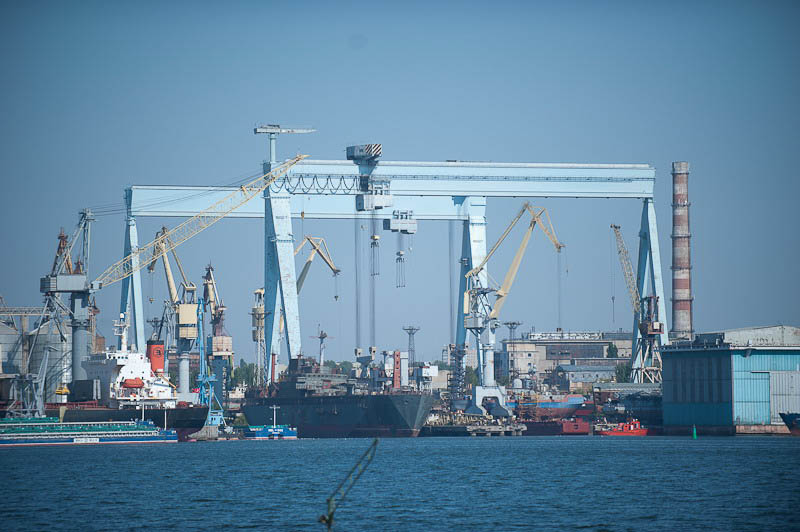