02.08.2018
Metinvest B.V., the parent company of a vertically integrated group of steel and mining companies (jointly referred to as “Metinvest” or “the Group”), today announces its operational results for the second quarter and the first six months ended 30 June 2018.

In 2Q 2018, the Group’s hot metal output remained around the level of the previous quarter at 2,136 kt. Production at Azovstal increased by 26 kt, partly offsetting a decrease at Ilyich Steel of 46 kt, caused by a scheduled major overhaul on blast furnace no. 3, which lasted for 17.5 days.

In 1H 2018, hot metal production at the Mariupol sites rose by 14% y-o-y to 4,292 kt, as that at Ilyich Steel and Azovstal climbed by 429 kt and 102 kt, respectively. This was due to stable supplies of raw materials, which had been irregular during the corresponding period of 2017, so production of steel and merchant pig iron increased.

In 2Q 2018, the Group’s output of merchant semi-finished products rose by 9% q-o-q to 857 kt. At the same time, the product mix changed, output of slabs increasing by 143 kt and that of merchant pig iron decreasing by 73 kt.

In 1H 2018, Metinvest’s output of merchant semi-finished products climbed by 43% y-o-y to 1,644 kt, as production of merchant pig iron and slabs increased by 329 and 165 kt, respectively, amid a favourable market situation.

In 1H 2018, Metinvest’s iron ore concentrate production rose by 2% y-o-y to 13,987 kt. Amid more orders for pellets and greater intragroup consumption of concentrate, output of saleable pellets soared by 45% to 3,744 kt, while that of saleable concentrate dropped by 27% to 3,792 kt.

Flat products include hot-rolled plates, as well as hot-rolled, cold-rolled and hot-dip galvanised sheets and coils

Rail products include light and heavy rails and rail fasteners


[1] Figures for 2017 have been updated: production at assets, control over which has been lost since March 2017, was excluded. 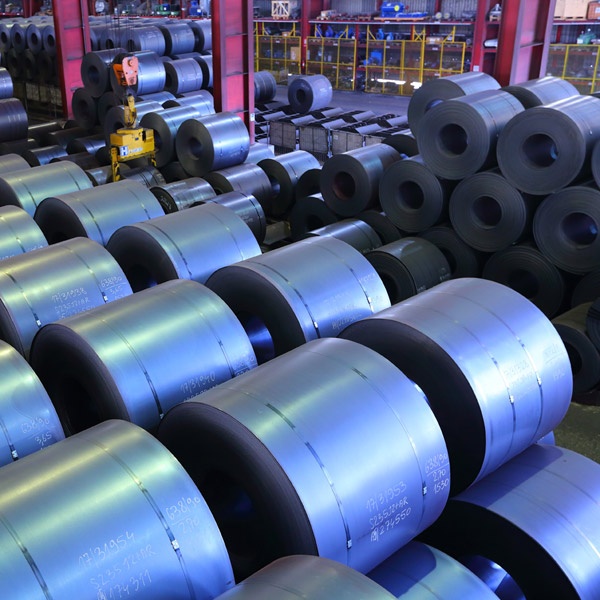