Sergii Glazunov, CEO of Smart Energy Group, commented: “During the first months of 2021 we were succeeding to keep our production volumes on the level of last year as well as to increase significantly LPG production. However, the natural depletion of hydrocarbons reservoirs and decrease of investments because of the global economic crisis didn’t give us a chance to preserve the positive production dynamics we had for three years in row.”

At the end of February, the Representative Office of Regal Petroleum Corporation Limited brought into production a new appraisal well #25 at Svyrydivske field (Poltava oblast). The well depth is 5,320 m. The company got commercial gas and condensate inflow within the B-22 interval Visean formation. The well is currently producing at approximately 55 Km3/day of gas and 8 t/day of condensate.

At the same period of time the company spudded a development well #29 at Svyrydivske field. The target depth is 5,450 metres. The well target B-22 horizon Visean formation as well. Drilling operations are scheduled to be completed by the end of Q3 2021, and, subject to successful testing, production hook-up is scheduled by the end of 2021.

Preparations for upgrade works to the gas processing plant are continuing. These works involve installation of a new compressor unit, an oven and separation equipment. The tank farm for gas condensate and LPG will get bigger as well. The upgrade that is planned for H2, 2021, is expected to result increase of production capacities by 60%.

Prom-Energo Product has successfully completed the workover of well #10 at Vasyshchivske field to access an alternative production horizon (B-17B and B-16). Its daily average production rate is at approximately 12 Km3/day after hook-up.

Arkona Gas-Energy that was acquired in March last year is getting ready to the development of Svystunkivsko-Chervonolutske field (Poltava oblast). In 2021, among other things, it includes 3D seismic and drilling well #4.

Ukrgazvydobutok started preparation works for drilling well #29 at Ostroverkhivske field. Its target depth is 4,650 m, while spudding is planned for Q2 this year. 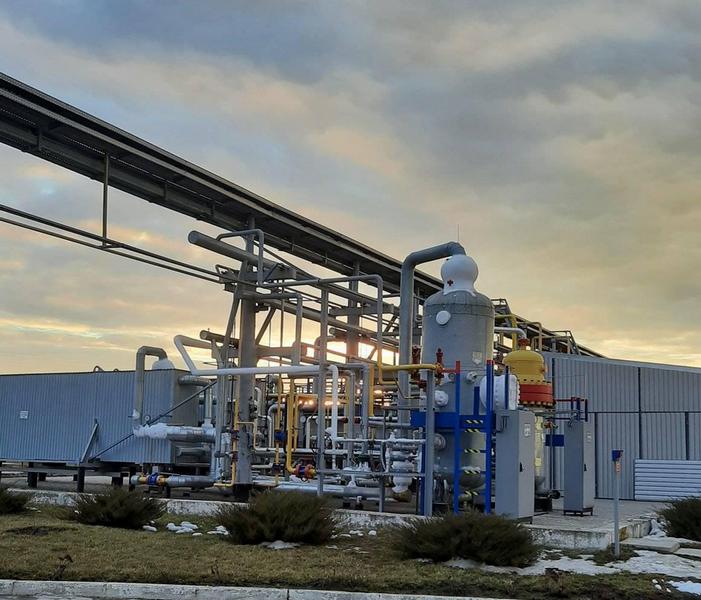