Production of all Smart-Holding businesses more than halves due to war, but we are alive – CEO at WEF

The war caused significant damage to all the main businesses of Smart-Holding, one of the largest in Ukraine: the total decline in production in metallurgy, agricultural and gas production exceeds 50%, but the company is alive and will be engaged in recovery in the future, CEO of Smart-Holding Julia Kiryanova has said.

"Throughout our portfolio [of Smart-Holding's businesses], we see more than 50% down in production. However, there is good news – we are alive. By saying that I do not mean only that we are struggling every day and keep going with all our employees, I am saying that we are looking in the future," she said at the Spirit of Resilience: Ukrainian Voices panel taking place these days in Davos at the World Economic Forum (WEF).

"When you stop thinking about the future - you are dead. And the enemy wants us dead. So, we are alive!" Kiryanova said.

She said that in 2021, the mining and smelting complex produced 23.5 million tonnes of steel products and iron ore, 80% of which was exported, and now it has fallen to nearly 8 million, 6 million of which will be exported.

The CEO of Smart-Holding recalled that the company owns a stake in Metinvest, whose two steel mills in Mariupol (Azovstal and Illych Iron and Steel Works) accounted for 53% of steel production, but now they are out of operation.

According to her, in the production of iron ore, the problem is blocking export channels, which is why Metinvest does not increase production to be able to export what it produces.

Regarding the agricultural sector, Kiryanova predicted that Ukraine's key export crops - corn and wheat – that the company produced are 54% and 35% less, respectively. She added that the HarvEast agricultural holding from the group's assets, which is among top ten largest agrarians in Ukraine, has lost 68% of arable land due to the war.

Regarding gas, she reported a 22% drop in production, and later added to reporters that more than 90% of fields in eastern Ukraine and 60% of reserves are under direct threat of airstrikes. "Therefore, it can be expected that this year production may decrease by 17%, to 16 billion cubic meters," the CEO of Smart-Holding said, giving a forecast for the entire Ukrainian gas production.

"We, like Alice in Wonderland, we have to run quicker to stay where we are. And we are not staying where we are and you can see it by the numbers in the Ukrainian economy… The war impact is unprecedented. Looking back at 2014, we did not experience that much of a pressure on all industries in the country," she said during the panel.

At the same time, in an interview with reporters after the panel discussion, the CEO of Smart Holding said that she remains optimistic about the future of the steel industry. What has been destroyed will be restored, she said: "We will build new facilities, as efficient and environmentally friendly as possible, using the best industry practices and technologies, bearing in mind that decarbonization will be one of our guiding principles."

According to her, in general, Smart-Holding looks to the future with optimism. 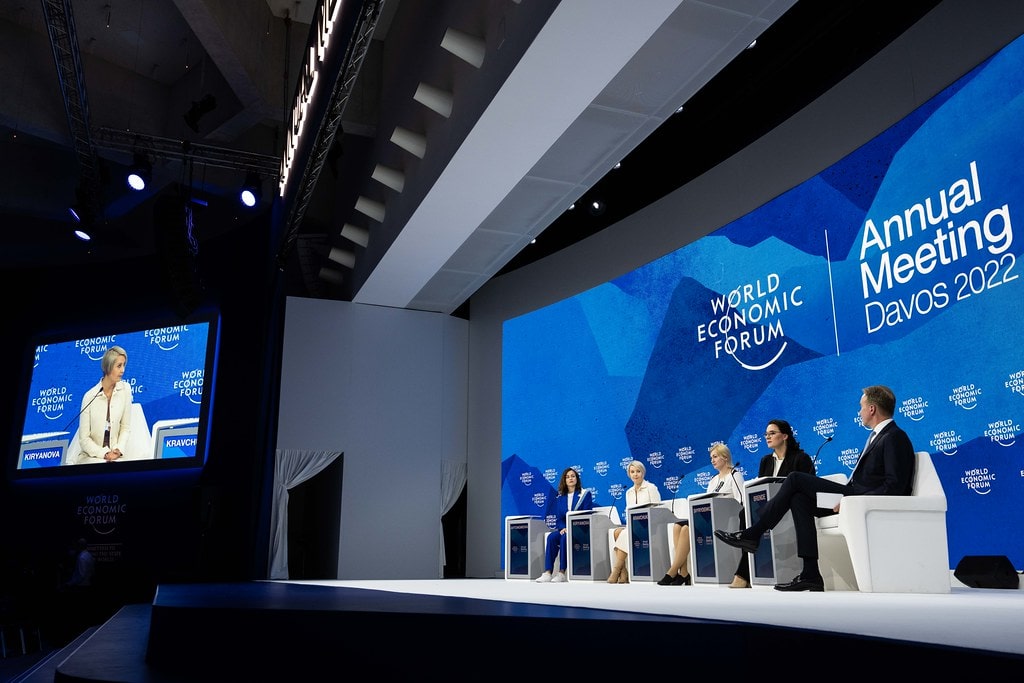