The purpose of the visit is to learn experience of Croatian shipyards, as well as to discuss possible cooperation and interaction in shipbuilding issues. Representatives of Smart-Holding and SMG plan to visit the shipyards of one of the largest Croatian shipbuilding associations Uljanik Group in the cities of Pula and Rijeka – Uljanik Shipyard JSC and 3.Maj Shipyard JSC. They also intend to familiarize themselves with the work of the machine-building and engineering divisions of the Croatian company.

Darko Horvat spoke about the role of shipbuilding in the Croatian economy, and that this industry accounts for up to 50% of the country's exports. Restructuring enabled their shipyards to recover after the crisis, and now they are in search of strategic investors.

‘Despite certain challenges of recent times, Croatian shipbuilding continues to occupy one of the leading places in Europe and the world. The potential of Croatian shipyards is high. Moreover, Croatian shipyards are provided with comprehensive state support at the government level – something that Ukrainian shipbuilding objectively lacks. Most recently, their industry underwent a restructuring, which enabled them to significantly increase their order book, and from this point of view, the experience of Croatian shipbuilders is very interesting one. I hope we will find areas of common interest that can eventually translate into joint projects,’ said the director general of Smart Maritime Group, Vasiliy Fedin, at the end of the visit.

Smart-Holding is one of the largest industrial and investment groups of Ukraine combining the enterprises that share common strategic objectives and business principles. The interests of Smart-Holding focus on the industries that are the key ones for the economy of the country. The enterprises of Smart-Holding invest in metals and mining, oil and gas segment, banking, agriculture, retail, shipbuilding and real estate. 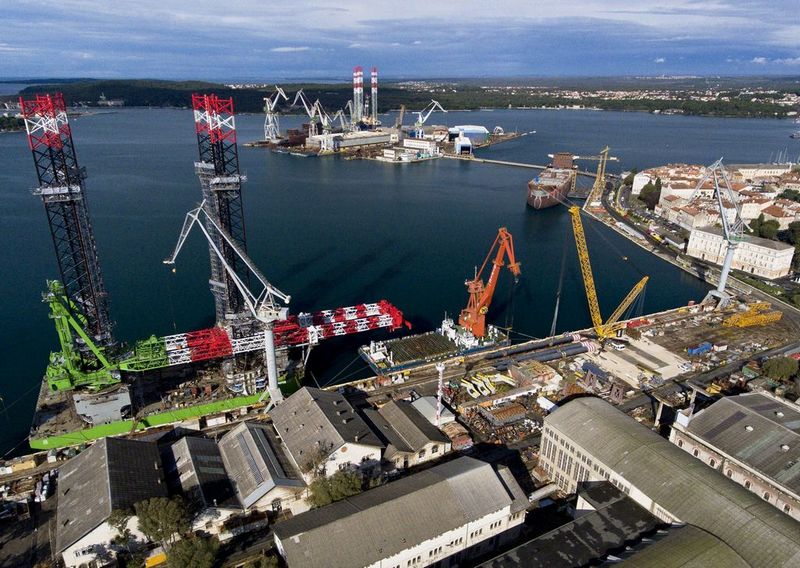