Nikolayev shipyard of Smart Maritime Group (SMG, Nikolayev) has already built up more than half of the cylindrical section of a chemical tanker being built by order of the Dutch VEKA Shipbuilding WT B.V.

Five of eight blocks of the hull’s cylindrical section (cargo area with tanks for transportation of liquid bulk cargo) have been docked on the staple of the flow-position line of the shipyard. Soon, another block will be docked to the hull that is being assembled.

At the same time, work is underway on the erection of the fore and aft ends of the tanker, its outfitting with pipelines and installation of guardrails and bollards (knights). The assembly of the base for the crane is being accomplished. All the performed operations are checked by the shipyard’s technical control department and accepted by representative of the register.

It is a reminder that two tankers were laid down at SMG last summer for the Dutch VEKA company: Nevada at Kherson shipyard and Nebraska at Nikolayev shipyard. According to the terms and conditions of the contract, SMG will manufacture the hulls, will paint them and will install the general shipboard piping systems and deck outfit. The length of each hull is 110 meters, the width is 13.5 meters, the mass is 1,200 tons, and the cargo capacity is 5,320 tons.

The construction period of one vessel is 11.5 months. The contract value is more than UAH 145 million. 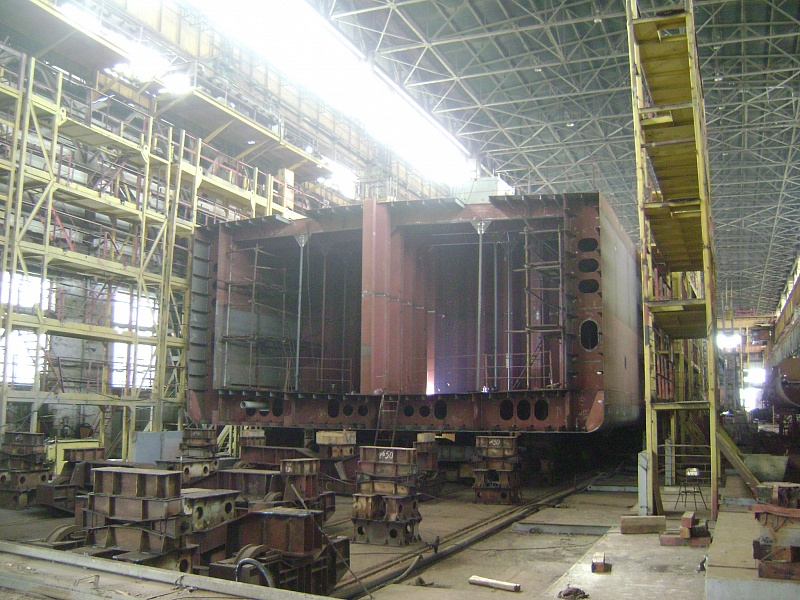