Vasiliy Fedin, Director General of Smart Maritime Group: Ukraine Is One of Three Countries in Europe Where There Is Still No Export Credit Agency

Ukraiinski Novyny talked to Vasiliy Fedin, Director General of the largest domestic shipbuilding company, Smart Maritime Group, about the current state of the industry, the search for foreign customers in spite of the wartime, the problem of human resource outflow and difficult relations with law enforcement agencies.

What are the plans of Smart Maritime Group for 2019? Have you managed to build a portfolio of orders?

Fortunately, over the past year we doubled our production output. We have made tremendous efforts for that. While last year we received UAH 600 million of revenue, this year we set ourselves an ambitious goal to increase it by another UAH 200 million. I am now talking about the company's production sites in Kherson and Nikolaev. Today we are working on two orders for Dutch customers, and we have also produced metal structures for the thickener vat (which is a huge metal structure) for Southern Mining and Processing Plant. In a situation where we lose in the competition to global manufacturers, we consider all the possibilities for earning money and providing the workforce with jobs. We have good preliminary arrangements in order to sign up to 3 contracts with European customers this year. Many contractual clauses have been agreed upon. It remains to discuss the details and 3 contracts will be in the pipeline.

What country are the customers from?

All the 3 customers are from the Netherlands.

Do you mean ship repair orders?

No, this is shipbuilding. We also have ship repair, but it has its certain features. The fact is that we take for repair only those ships that arrive in the ports of Kherson or Nikolaev. Dutch ships put into these ports very seldom. If you take a look at the Black Sea basin, then half of the vessels are Russian or offshore ships, associated with Russian customers, another half are Turkish ships and Ukrainian customer accounts for a very, very small proportion. And since we are located on the Dnieper River, having an acceptable shipyard' draft of 6.8 meters, we cannot accept large sea vessels. This is a problem, as the Netherlands, Spain, Germany operate either a large-tonnage fleet or river-sea vessels that simply would not be able to reach us. Right now we are building river-sea ships for the Dutch customer.

Last year, the Law on Support of Domestic Shipbuilding was passed. Has it become easier for you to work after that?

We wrote this draft law. At the request of MPs from the Radical Party. To the credit of the MPs, they took the law, finalized it, and only because of this it was adopted. If you look at the influence of this law, there is only one point. We increase the processing conditions from one year to two years. However, this will not fundamentally solve our issue with the volume of production. This will solve the issue of ship repair and construction where its term exceeds one year. It has become easier for us in terms of procedures indeed. However, one of the essential mechanisms that would create real conditions for a breakthrough in the Ukrainian shipbuilding industry (and not only) is the launch of an export credit agency. This is what we have been talking about for a long time. In 2016, the President signed the law, and since then absolutely nothing has been done. Nothing at all. Three countries in Europe that do not have an ECA are Moldova, Albania and Ukraine. With ECA, Ukrainian machine-building industry could be producing much more.

What are the financial indicators of Smart Maritime Group this year? Have you managed to reach profitability?

We certainly have profits. Overall, we paid UAH 65 million in taxes and charges last year. Unfortunately, Kherson did not show a good trend in recent years. Plants are closing down, while we keep working and contributing to the economy of our city.

Earlier, you had problems with law enforcement agencies? Where do things stand now?

We continue to feel close attention, but this is not connected with the economy, but rather with politics. It is no secret that the beneficiary of our company is opposition politician Vadym Novynskyi. Over the past few years, we had 7 searches at work and two in my house. The situation is on the border with comedy: when a person comes to my office and asks: “What kind of papers are there in the corner?” I answer: “You piled them up in the corner when you made a search before the last time.” Certainly, they did not find anything criminal. Believe me, if they did, it would receive maximum publicity. And so it is an instrument of political pressure that is a commonplace for our life.

When was the last search?

A year ago. Then, followed by courts... I hope for some changes...

Do you significantly feel the shortage of staff in your shipyards?

This is a huge problem, but we ran into it much earlier than everyone else. The reason is that skilled welders were leaving the country to work abroad as long as 5 years ago. In steel making, people began to go just recently. We have been experiencing this problem for a long time. That is why we have adapted to this a little bit – we understand that for people not to leave we have to pay about 80% of the wages offered in Poland and the Czech Republic. We do pay so to skilled workers.

Do not you lose the profitability with that?

If we do not pay a decent salary, we will have nothing at all. There will simply be no orders, because a shipyard is, first of all, about people. Today, our skilled welders and assemblers receive a salary in the range of USD 1 thousand. They are few, but they exist. In Poland, they would receive about one and a half thousand. However, if they work in Germany, France, Finland, this is EUR 3.5 thousand, and here, of course, we are no longer competitors.

Do you have investment plans for this year?

We certainly do. This year we are planning a large program for the procurement of welding equipment, the purchase of new cutting machines and painting equipment. It is about USD 1 million in total. Globally, the problem lies not in the plane of investment. The global problem lies in the ability to obtain contracts. This is question number one today. Where there are orders, one can find investments and provide decent wages. And here we have big problems starting from 2014. Customers do not seem eager to come...

Because of the war?

There are several factors here. The first and the most essential one is the war, you are right. For example, I come to the Netherlands or Norway. We receive those orders that we receive only because we have been working with these customers for about 13 years. They know us. Then, I come to any other company. Question: “Where are you from?” I say: “From Ukraine”. And immediately: war, corruption... They know nothing more about us. Our ministries – the Ministry of Economy, the Foreign Ministry – do nothing on this matter. They themselves admit it. And here is the result. Half a year ago, I met with a leading Dutch company. They do not understand what is going on in Ukraine. They say to me: “Vasiliy, would you place an order in Somalia? We do not want either.” They came to my plant in 2015 and they were looking around all the time. I asked them why. They said: “We were told that here sub-machine gunners are running around the streets and tanks are driving.” They were scared. They could place an order, invest their money, and then the war, the elections or something else happens, and they lose this money. If we want to develop the country, we must learn from the experience of other countries. They provide government guarantees. 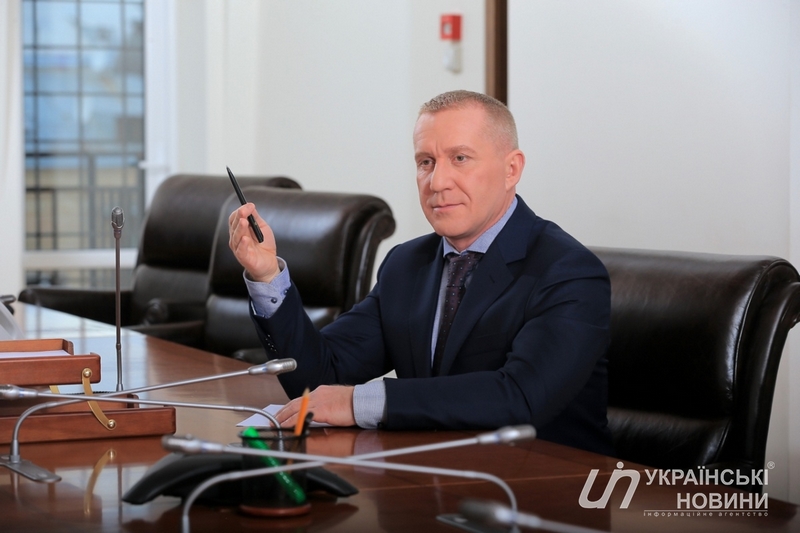