Smart Maritime Group (SMG) is preparing the first outfitted hull of a chemical tanker for delivery to the customer, Dutch VEKA Shipbuilding WT B.V. The official launching of the vessel took place today at Kherson Shipyard of SMG. Hundreds of citizens, the owner of VEKA Group B.V. Mr Peter Versluis, specialists of VEKA Shipbuilding WT B.V. and former long-service employees (veterans) of the shipyard took part in the official event.

‘This contract gave us the opportunity to once again demonstrate to our foreign customers that Smart Maritime Group is able to implement projects on time and with a high level of quality,’ said Vasiliy Fedin, Director General of SMG.

In his turn, Peter Versluis stressed: ‘Smart Maritime Group fully met our expectations. We are satisfied with our cooperation and are ready to further develop our business relationship.’

The chemical tanker, building number 10001, was built at Kherson Shipyard of Smart Maritime Group according to the Dutch CAVALLI project and is intended for transportation of petroleum products and chemical cargoes. In the manufacture of the hull, 1,200 tons of high-quality shipbuilding steel produced by Ilyich Iron and Steel Works (Metinvest, Mariupol) were used. The deadweight of the tanker is 5,000 tons. Its length overall is 110 meters, its width is 13.5 meters and the overall depth of the vessel is 6.6 meters. The homeport of the tanker is Antwerp, Belgium. The crew numbers five persons. The tanker received a female name AIMEE in honour of a member of the royal family of Holland, Princess Aimé Söhngen of Orange-Nassau. After further fitting out, the vessel will be operating Antwerp-Zeebrugge-Oostende-Nieuwpoort route.

According to the contract, SMG manufactures two outfitted hulls. The second vessel, EMMA, will be built at Nikolaev Shipyard of SMG. The total value of the contract amounts to over UAH 145 million.

The history of successful partnership between SMG and VEKA Group numbers more than 10 years. Over this time, SMG built eight chemical tanker hulls for VEKA. In total, 12 vessels of the same class were built for the Dutch market.

VEKA Shipbuilding B.V. is part of VEKA Group Shipbuilding Company headquartered in Werkendam (the Netherlands). The group was founded in 1988. The company specializes in the construction and maintenance of inland navigation vessels. The company's reference list includes double-hulled chemical tankers and bunker tankers, LPG tankers, container ships, passenger ships and other types of vessels. VEKA operates four shipyards in the Netherlands: in Lemmer, Heusden, Rotterdam and Werkendam, as well as shipyards in Eastern Europe and, in part, in Asia. 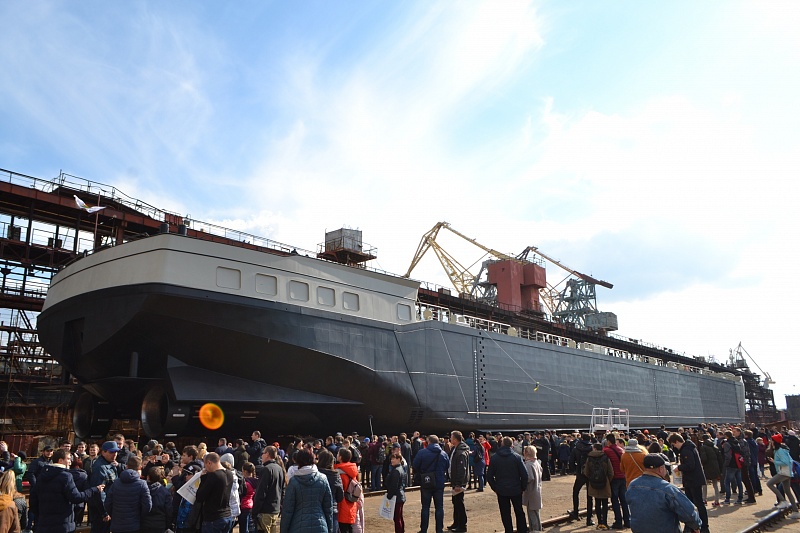