Vasiliy Fedin: “One can hardly say that the shipbuilding industry is reviving, but we are fighting for it”

CEO of SMG speaks about the status of the Ukrainian shipbuilding, HR-related and financial challenges of the industry, loading of the company's shipyards and about the plans for the year.

This spring, the news about Kherson and Nikolayev shipyards launching two outfitted hulls of chemical tankers for the Dutch VEKA Shipbuilding drew broad attention towards Smart Maritime Group. Then, it became a revelation for many people that the shipbuilding in Ukraine was still alive. Meanwhile, in July, the third consecutive 110-meter tanker hull, to be built at the order of the Dutch customer, was laid down at Kherson shipyard of SMG.

So what is the state of the shipbuilding industry in Ukraine?

In an interview to CfTS, the CEO of Smart Maritime Group, Vasiliy Fedin, explains whom the company considers its competitor in Ukraine, what are the main challenges of the shipbuilding industry and when those challenges could be resolved.

What are the three main problems of the shipbuilding industry?

The most important one is political risks. Foreign investors do not come to us because they are in fear and do not understand what is happening in our country. There is a demand for ship construction on the global market, but an overseas customer is not rushing to place an order with us in view of the constant turbulence.

The second problem is expensive loans. Today, an average rate of a commercial bank in the national currency for us is from 22%, and that in US dollars is from 9%, while it is not higher than 5-6% for our foreign competitors. Today, the policy of the National Bank is such that the heavy engineering industry is not considered a priority branch for development. While in 2013 we could attract USD 50 million of loans, today it is not more than USD 3 million. Yet, loans and the scope of the production output are interconnected aspects in the shipbuilding sector.

Third, when importing equipment used for fitting out of ships, we pay a fee, while our competitors do not have it. This entails a rise in the cost of full-fledged/complete shipbuilding at Ukrainian shipyards. As long as this import duty is in force for us, it will be difficult for us to revive full-fledged shipbuilding in Ukraine produced for export.

As a result, paradoxically, on the one hand, prices for our services are lower than, say, European ones, on the other hand, the cost of production is higher. Mainly due to banks’ interest rate and taxes.

What is the difference in the cost of construction and repair between Ukraine and other countries?

If we take it on average, then construction of hulls in Ukraine is 30% cheaper compared with such countries as Poland, Romania, the Czech Republic, while the repair is 4 times cheaper. However, despite such a difference in cost, there is no tendency that we will see orders placed with us.

Do you think it is possible to solve the outlined problems in the next 3-5 years?

It all depends on the president, the prime minister and the parliament. One can settle those problems in one month, if there is political will.

Are there any such expectations from the new government? Positive/negative ones?

I hope that the new government will make the conditions for doing business in Ukraine better.

What is the situation with personnel at your companies? Do you feel shortage of staff? What is the average salary?

There is certain outflow of personnel, indeed, as it is throughout Ukraine. In the region, the average salary is UAH 7,000-8,000, while we have UAH 15,000 – that is, twice as high, but people still leave. I would safely employ another 100 people, but we do not have them. The main professions at our plants are ship hull assembler and welder.

Every year about 50 people come to join us having graduated from vocational/technical schools. We additionally pay them a 3-month internship, but young people want to work abroad. In Poland, the Czech Republic, the Baltic countries, where the average salary is EUR 1,000-1,500, in France, Germany, the Netherlands – where it is EUR 3,000. We will not be able to bring the salary level up to the European one, as long as we are paid less, and we have higher costs.

What are the company's investment plans for this year?

In 2005-2009, we invested a lot of money. Back then, we could afford to invest in technical re-equipment at least USD 1 million annually. Due to last year's good performance, we plan to invest USD 1 million in the development of SMG this year.

Does the decision to invest indicate that the shipbuilding industry is starting to come out of the crisis?

What is the situation with shipbuilding worldwide? Is the demand for fleet construction on the wane? What shipyards are on the leading positions? What is more in demand now?

Today, China, Korea, and Japan hold the lead. These countries occupy about 80% of the market. The large-capacity fleet remains in demand, as before. Recently, an interesting trend has appeared – the number of orders for cruise ships has increased.

Please, tell us about the shipbuilding market in Ukraine. Whom do you consider your competitors?

For ship repair, these are Izmail and Ilyichevsk ship repair plants (ISRZ – CfTS’s note). In Ukrainian civil/commercial shipbuilding, Okean plant began its operations. Nibulon is building for the EBRD money and solely for its own needs. We compete with external players such as China, Turkey, Poland, Romania, the Baltic countries.

Do you see any prospects in developing river fleet in Ukraine? If so, would you be interested in the construction of river vessels?

There should be river transportation, indeed. If we compare Ukraine with countries of Europe, where most of the cargoes are delivered by river, then it is stupid from our side to damage our automobile roads, while the river is not loaded. Our capacities enable us to build any type of vessel, including river ships.

Are there any orders from domestic companies? What is the share of foreign and domestic orders?

Last time we built for the domestic market in 2017. It was an oil garbage disposal vessel for Yuzhny port. Sometimes we do repairs, but very rarely. Today, we are a 90% export-oriented company.

What is your current production volume?

In 2015-2017, in view of the situation in the country and taking into account political risks, the production output was reduced significantly. While in 2013 our production volume in monetary terms amounted to USD 92 million, in 2015 it was USD 12 million. Last year, we reached the figure of USD 25 million, but it is still one-fourth as much as before the crisis.

To what extent are your companies loaded now, in percentage terms?

In terms of human resources – 100%. In shipbuilding and ship repair, the number of skilled staff is crucial for estimation of the company's capabilities.

What orders is your company currently busy with and what financial indicators do you plan to reach at the end of the year?

I do not want be a wishful thinker, but our goal is to reach the minimum of last year’s rate – UAH 600 million. In April, we completed the production of two tankers for the Dutch VEKA Shipbuilding WT B.V. Now we are building a third vessel for them, and shortly, another one is planned this year. There are 20 ships under repair now. In general, we expect to earn about UAH 300 million from ship repair and upgrading and about UAH 200 million from shipbuilding. The rest is non-core operations. 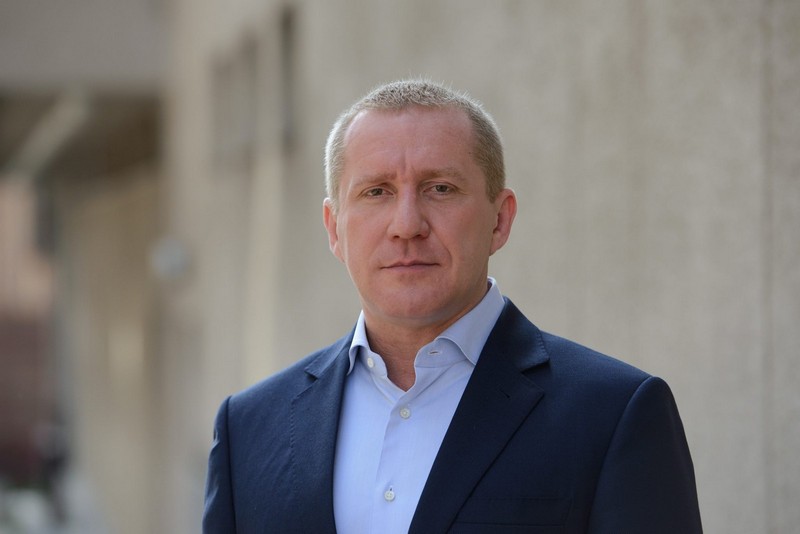