Head of Naval Park Alexander Yurkov: the Industrial Park on the Land of ChSY to Solve the Transport Problem and Bring Investments

The editorial office of NikVesti decided to go deeper into the matter concerning the land of the former Chernomorsky Shipbuilding Yard (ChSY). According to our sources, now the city council has under its consideration a proposal for the purchase of a large land plot, which is located on the territory of the shipyard. This became the reason for discussions among the people’s deputies. We turned to Alexander Yurkov, the head of Naval Park, a company that earlier applied to the city council for its approval of the lease of land plots on the territory of the former ChSY.

— Alexander, do you have any relation to this buyout proposal?

— Yes, we submitted those documents.

— Previously, you wanted to lease some plot of land and got an approval for it. Why would you buy more land?

— These are different land plots. At the April session [of the city council], we got an approval for the lease of a land plot with an area of 62 hectares, on which facilities and structures belonging to Naval Park are located. This process took the city council as much as 3 years... Now we are submitting documents to buy out a land plot of 140 hectares. Initially we also considered the leasing option for this site, but the draft of the corresponding decision did not find support from people’s deputies. Therefore, we recalled our application and decided to go the most efficient way for the city and the business, that is through purchasing the land. On the territory of the former ChSY, we want to implement a project of the Industrial Park that will become a centre of investment attraction for the city and the region.

— One of the people’s deputies called it “some backstage machinations”, and that allegedly there are attempts to buy the land of the former ChSY “for a song”.

— It is not clear at all why the respected people’s deputy calls a completely open process, organized in compliance with all the requirements of the law, a “scam”.

We conducted and are continuing open negotiations with the city administration and have met with representatives of the city council’s deputies more than once. I guess that only a lazy people’s deputy would not know about our plans. What kind of “backstage” or “behind the scenes” agreements can we talk about? All our documents are officially registered with the city executive committee. Both when we followed the lease option pathway, and now, when we offer the city to buy out the land. We understand that Mykolaiv has a deficit in its development budget, and the money from the buyout could give a start to many municipal investment programs. We are talking about the amount of about UAH 200 million, and not 6 million as someone said baselessly.

— How to bring the speculations like “whether it is for a song or not” to a plane of constructive discussion? How to properly evaluate the land?

— We have undertaken to provide an independent expert evaluation of all the land plots that were previously the territory of the former ChSY. A special certified institution made the evaluation in accordance with the requirements of regulatory documents. Besides that, professors, who were the authors of the land valuation methods approved in Ukraine, were also involved in the evaluation process. Let me emphasize that it is an independent valuation that is an argument in disputes “whether it is for a penny or not”. This is an international practice. We can provide the necessary calculations and documents to anyone interested in the matter.

— If we talk about the land plot that you have already agreed upon for lease, where did the amount of UAH 22 million come from, which you, in the opinion of people’s deputies, should pay? As I understand it, it has been somehow calculated for the past period. What is your attitude to such obligations and how do you plan to resolve this issue?

— This amount was calculated by the land department of the mayor’s office and, according to the city authorities, it is a compensation for damage, for the use of land since 2018 without registration of lease rights, the land under the facilities of Naval Park. That is, from the moment when we acquired real estate objects on this site and, in fact, began the process of registering land rights. If the people’s deputies had not unreasonably delayed the decision, then there would have been no losses, and during 3 years the city’s budget would have been replenished with lease payments. The ball was always on the side of the city authorities and the people’s deputies of the city council. Nevertheless, our question was not even brought to the session room and was not voted on.

There is one other important issue. Only the fact of a properly documented, executed title to land allows the owner of buildings and infrastructure to carry out a full range of deeds with this real estate property and develop this territory. We had to bear the costs of maintaining this territory, while balancing on the brink of profitability. Therefore, if we approach this situation from the point of view of purely formal economic logic, then it is we who could demand compensation for lost profits due to the inaction of the city council of previous convocation. We voiced our position on numerous occasions. One should not make the registration of the lease dependent on attempts to resolve the questions of alleged compensation for losses of previous years. Let’s take this issue into the legal plane, and let Themis decide, having considered all the arguments of the parties.

— What do you think about the publicly voiced idea that it is better to create a “communal company and generate profit for the city” by leasing the land of the former ChSY?

— You know that there is a time-proven postulate: the worst manager is the state. Collective responsibility ultimately ends up in complete absence of any responsibility. Now, in essence. To make money from this land, it must be brought back to a normal condition. These are huge funds. Does the city have an investment resource? The question is a rhetorical one. As for the ideas of some people’s deputies that the city could make money on the moorage walls, today this is a privately owned infrastructure. Therefore, such ideas are pure populism, and those who voice them seem to be still enchained by the worldview illusions typical of Bulgakov's famous characters.

— What benefit can the project that you want to implement on this land plot bring to the city?

— We plan to create a full-fledged logistics hub with a developed infrastructure in the “Industrial Park” format on this territory. It could attract resident investors interested in locating their production facilities and offices here. Mykolaiv roads have become “the talk of the town”. Our project is designed to relieve traffic congestion in the city, while increasing business activity at the same time. We are planning to build our own exchange railway station. It will solve the problem of the “bottleneck” of Mykolaiv cargo station. We are also considering the possibility of building a railway bridge over Industrialna Street, which would help to solve the problem of keeping road vehicles users of Mykolaiv waiting while the trains are running.

I would like to note that the park with its developed infrastructure will become a platform where small and medium-sized businesses of Mykolaiv could be located. In general, if our project reaches the planned horizons, Mykolaiv will receive additional 5,000 jobs. And this means a rise in the welfare of citizens and a growth in taxes paid to the local budget, which the city needs so much.

I would also like to note that being a socially responsible business Smart Holding investment group, within the framework of which Naval Park operates, intends to get involved in addressing urgent problems of city residents in order to jointly make our city a better place. 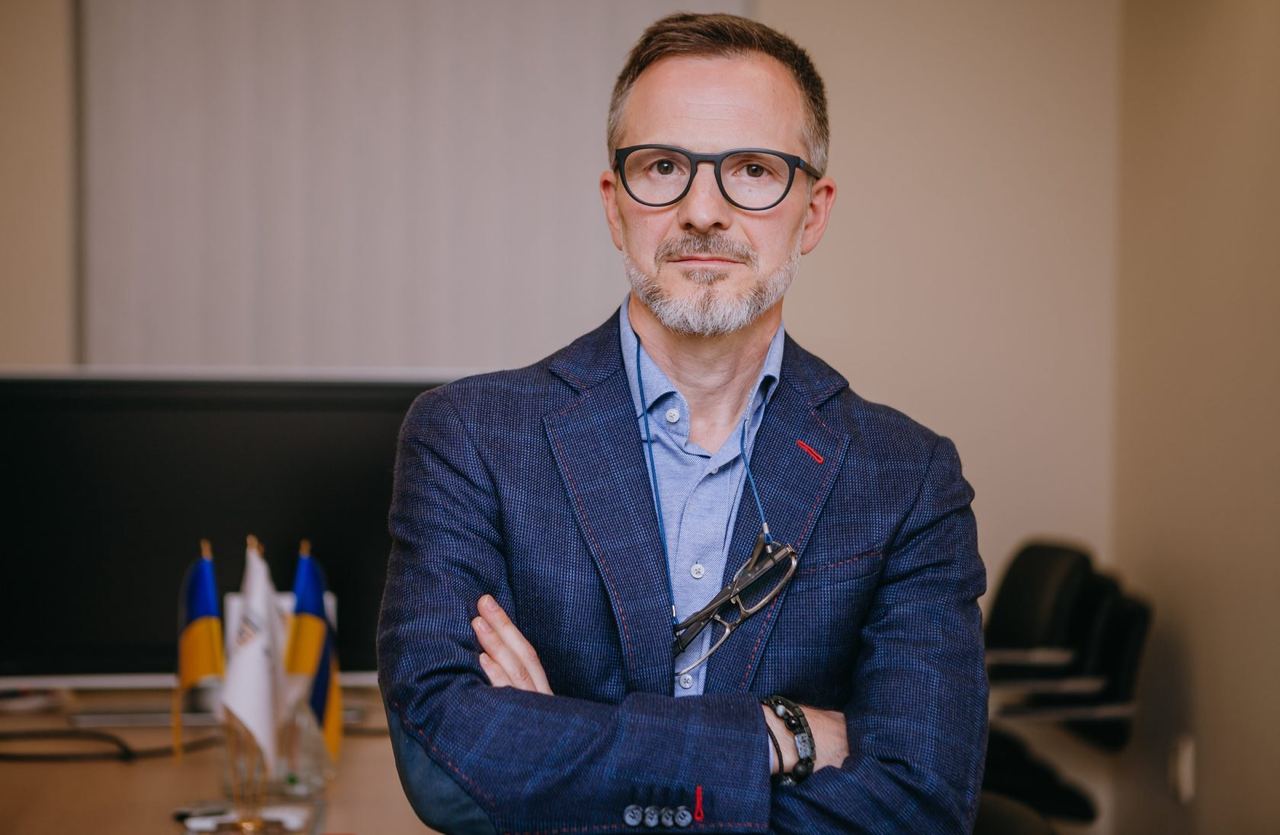