Using the law enforcement system, the authorities continue their consistent pressure on Smart-Holding’s business. Today, representatives of the State Fiscal Service (SFS), upon the initiative of the Prosecutor General's Office of Ukraine (PGO), are making searches at the gas producing companies of Smart Energy Group, at the head office and at its top executives' homes. Investigative activities are made in Kharkov and Kiev cities, as well as in Poltava region in the framework of investigation of the alleged fictitiousness of Smart Energy (SE) and, as a consequence, of the alleged tax evasion by the companies of the group.

We stated earlier that such accusations are nonsensical and have no legal basis. Today's actions by the SFS, which are objectively excessive, are a vivid example of groundless pressure on Smart-Holding’s business and on its beneficiary, the opposition politician Vadym Novynskyi. Our confidence is based on the following facts, which prove that the actions of prosecutors and the SFS are not intended to determine the truth and find the underlying cause, but are rather aimed at deliberately obstructing the economic activities of our gas producing businesses at the height of the heating season. Investigators deliberately avoid clarifying the circumstances in this criminal case to establish absence of any signs of fictitiousness in the activity of Smart Energy.

Smart Energy LLC and gas producing assets that are part of Smart Energy Group are always open to cooperation and ready to provide any necessary documents to the law enforcement authorities. Moreover, we are deeply interested in this in order to prove the groundlessness of the charges that were brought forward.

Smart Energy LLC, which law enforcement officers suspect of alleged fictitiousness, has been operating on the market for many years and is the management company for all the gas producing enterprises of the group. It employs dozens of high-class specialists in the oil and gas industry. It provides comprehensive project management consulting services in the field of geological exploration and exploitation of deposits, financial and investment activities, planning, reporting, as well as in legal sphere and human resource management.

In general, Smart Energy is among the top five largest private producers of the Ukrainian oil and gas industry in terms of production volumes and has a reliable reputation. The work of the group's enterprises is based on the principles of maximum transparency and openness. The enterprises are bona fide taxpayers. In 2016 only, they paid about UAH 800 million of taxes to budgets of various levels. The companies voluntarily participate in the development of social infrastructure in the regions of their presence. The shares of one of the companies, Regal Petroleum, are listed on the London Stock Exchange.

Today's events, along with the previous facts of blocking the activities of the group's businesses, arrests of its managers, are links of the same chain and suggest that the oil and gas business of the group is in the area of close business interest of competitors who are now close to the incumbent authorities. One gets the impression that the law enforcers received a clear task of exhausting and bleeding off the business, paralyzing its work, to subsequently establish control over it in the interests of certain individuals.

A special cynicism in what is happening is that all of these actions are made at the height of the heating season thus jeopardizing reliable gas supply to industrial and household consumers. It is to be recalled that Ukrgazvydobutok, which offices also blocked today, is one of the main suppliers of gas to the main gas pipeline of the Kharkov gas ring, from which heating supply companies and other consumers of the million-plus regional centre are fed.

We once again call on the authorities to stop giving criminal instructions to law enforcement agencies about the falsification of criminal proceedings against the management and the enterprises of the holding company. We demand to stop politically motivated pressure on our business, which jeopardizes not only the future of many thousands of the companies' employees, but also the tax allocations to the national budget. 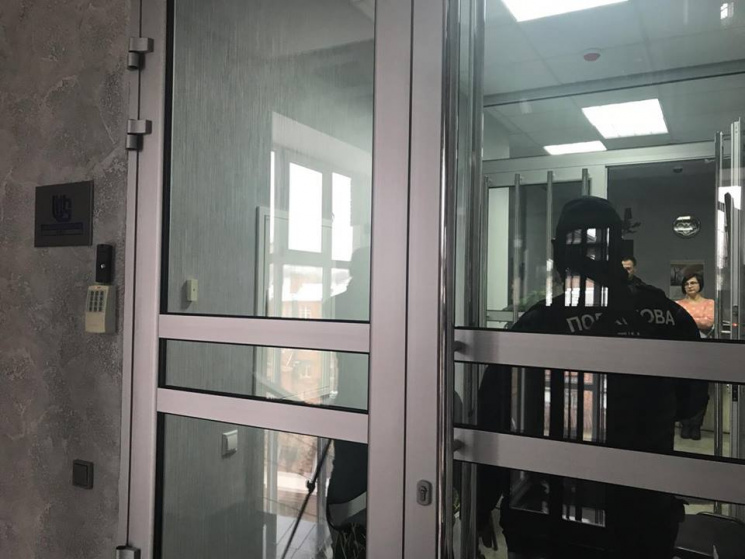